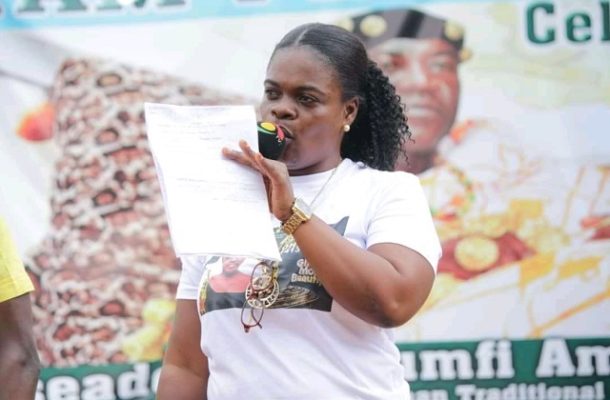 After serving the Techiman-based media outlet for over a decade, the famous and multiple award-winning newscaster is joining Sompa FM, a newly established privately-owned radio station in Kumasi, the Ashanti Regional capital.

Speaking in a telephone interview, she told Ghanaguardian.com that though the decision was not an easy one, changing the environment was good for the new face she intends to create in radio.

“It is important to make new decisions, and as broadcasters, at some point in time in our career, we need to experiment with new environments to broaden our horizon. Switching to Sompa FM is to afford me the chance to change the face of radio,” she told Yaw Prekoh Snr.

Adoazoa, aside from her newscasting prowess, also hosted some of the station’s flagship programmes including ‘Mmaa Ahyia’, ‘Adom Nhendwa’, ‘Africa This Week’ among many others.

Until she resigned from Classic FM, she was the torchbearer of the station's ‘Agyanka Bewe Akokɔ’ outreach programme, an annual event that puts smiles on the faces of orphans and widows in Techiman and its environs.

As a brand influencer and a voice-over artiste, Adazoa is the brain behind many radio and television commercials in the Bono East, Bono and Ahafo regions and to a larger extent, Ghana.

In 2017, she won the Radio and Television Personality (RTP) Award for the Brong Ahafo category, stealing the bragging rights as the first female presenter to lift the crown. She has since won many awards from different award schemes in the Ghanaian media landscape.

With her vast experience in the industry, we are in no doubt that Ama Korankye Adazoa, who is also into entrepreneurship and running her own cosmetic shop in the Techiman, will become successful in her now new environment, Oseikrom.