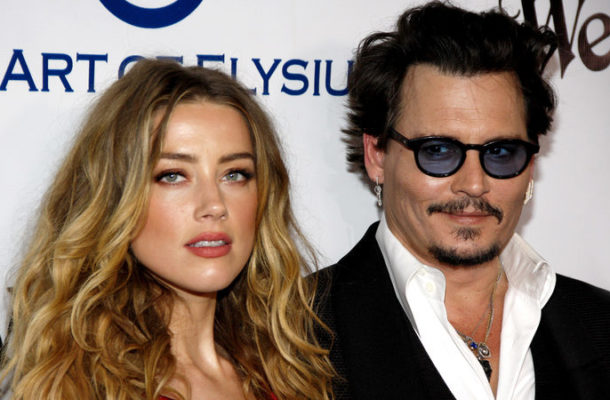 Actress, Amber Heard has hit back after her former husband Johnny Depp filed a 50 million dollar defamation lawsuit against her, claiming that she lied about being the victim of domestic abuse.

Back in December 2018, Heard penned for the Washington Post where she described her own experience as the victim of domestic abuse; Depp was not mentioned in the op-ed, but the lawsuit filed by 'The Pirates of the Caribbean' star claims that it is insinuated that the actor was the perpetrator, People reported.

At that time, she said: "I write this as a woman who had to change my phone number weekly because I was getting death threats. For months, I rarely left my apartment... I felt as though I was on trial in the court of public opinion - and my life and livelihood depended on myriad judgements far beyond my control."

Reacting to the lawsuit, Amber's attorney Eric M. George told PEOPLE in a statement: "This frivolous action is just the latest of Johnny Depp's repeated efforts to silence Amber Heard. She will not be silenced.

"Mr. Depp's actions prove he is unable to accept the truth of his ongoing abusive behaviour. But while he appears hell-bent on achieving self-destruction, we will prevail in defeating this groundless lawsuit and ending the continued vile harassment of my client by Mr. Depp and his legal team."

Johnny, 55, and Amber, 32,  who met on the set of 2011 movie 'The Rum Diary' tied the knot four years later in February 2015. They split in May 2016, when Amber filed for a domestic violence restraining order against Johnny, accusing him of abusing her.

They later settled their divorce out of court, with Johnny paying Amber $7 million which she donated to charity.