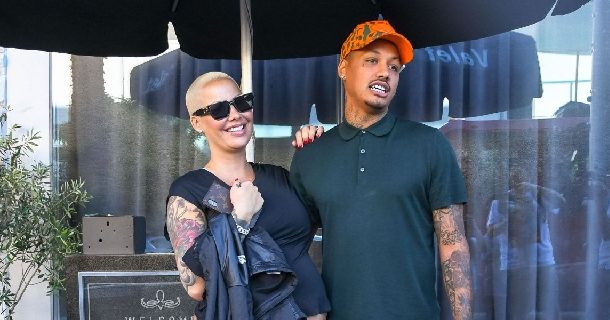 Amber Rose and Alexander “A.E.” Edwards welcomed their newborn Slash Electric Alexander Edwards into the world on October 13, and today, we got our first glimpse at the baby.

In the photo Rose shared to Instagram, her close friend and personal assistant Joseph Isaiah is seen cradling the little boy in a hospital chair.

“Uncle Joey came to visit,” Amber captioned the pic, which was also re-posted by Joseph.

“Babies are great, Slash is great,” he proudly wrote.

The two began dating in 2018 and have been inseparable ever since, never shying away from sharing PDA on social media.

Amber and A.E. sparked engagement rumors in June when Rose stepped out wearing a massive diamond ring during a lunch outing with him.

The two have since neither confirmed nor denied any engagement.