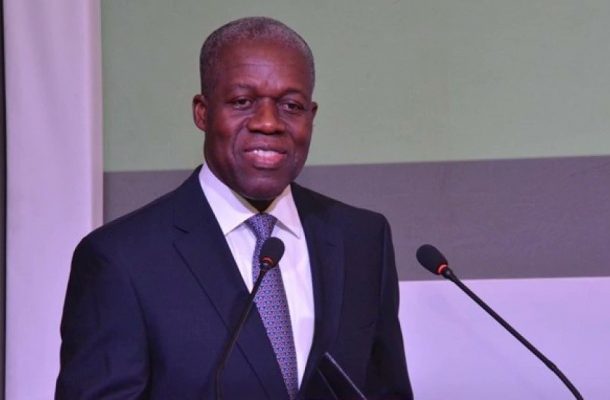 The late former Vice President, Paa Kwesi Bekoe Amissah-Arthur, would be buried on Friday, July 27, his family has announced.

The date was fixed following consultations with the government.

According to the funeral arrangements, there is going to be no wake.

The body would lie in state at the Main Hall of the Accra International Conference Centre (AICC) for people to pay their last respects between the hours of 0500 hours and 0900 hours.

This would be followed by a burial service from 0900 to midday at the same venue.

The family said only invited people would be allowed at his graveside.

Cash donations made to his funeral, they said would go into charity.

These were made known at the one-week memorial church service held for him at the Ridge Church in Accra, attended by Vice President Mahamudu Bawumia, and the Speaker of Parliament, Professor Aaron Mike Oquaye.

Also present were for President Jerry John Rawlings, former President John Dramani Mahama and the wife, Lordina, the Diplomatic community, current and former Ministers of State, Members of Parliament (MPs), the clergy and the leadership of the political parties.

The Reverend Dr. Paul Kwabena Boafo, the Administrative Bishop of the Methodist Church, in a sermon described the late Amissah-Arthur as a man of humility, who served his country with integrity.

The whole nation, he added, was shocked and saddened by his death because he still had a lot to offer.

He asked his family to depend on God in “their difficult moment”, because God was the source of all comforts.

“God’s comfort is such that he is with us in times of mourning. And when the storms rise over us, he is the one who speaks to calm it down. And so for us as a nation, we should see this as God still with us.”

“God has not deserted us. He is still with us. And we should continue to depend on him in times of tribulations and mourning,” he added.