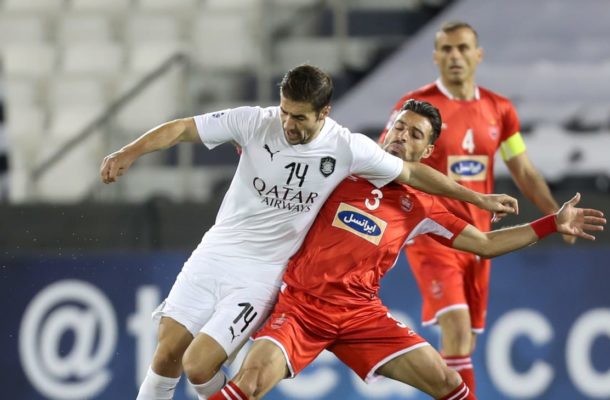 Doha: Al Sadd’s 1-0 victory over Persepolis in Group D of the 2019 AFC Champions League on Tuesday went some way towards avenging the loss by the same scoreline in the first leg of the 2018 semi-final and subsequent elimination, but the margins were narrow and the game could have gone either way.


Indeed, the similarities between the two matches at Jassim bin Hamad Stadium were striking, yet perhaps unsurprising given how the Qatari side like to control the play and the Iranian giants defend stoutly and aim to hit opponents on the break.

As expected, Al Sadd controlled the lion’s share of the possession over the course of the 90 minutes – 66 percent compared to Persepolis’s 34 percent, with the figures almost identical to the first leg of last year’s semi-final (68 percent to 32 percent).

Looking further into the comparison between the matches, Al Sadd made 435 successful passes, compared to 429 in 2018, with Persepolis posting 192 – just 40 above the tally they managed on their last visit to Doha.

The numbers alone hint that the teams barely altered their tactics but, as Al Sadd found out previously, Branko Ivankovic’s side can be tough to break down.

Persepolis’s defence made a total of 12 blocks – almost double the number any other team has managed in this year’s competition – while goalkeeper Alireza Beiranvand, again on fine form, made five saves as Al Sadd posted an impressive 23 shots on goal (above, blocks in blue).

Just over five months ago, Persepolis striker Ali Alipour was the difference as his late penalty sealed the victory. With pace to burn, the 24-year-old can be the perfect weapon when his team are under pressure and looking to hit opponents on the break.

In such games, chances can often be at a premium, but Alipour had several on Tuesday. Unfortunately for the 2017-18 Iranian Pro League’s top scorer, he was not at his clinical best and the visitors would rue the ones he missed.

While first-half misses from narrow angles were excusable, Alipour perhaps should have done better with a header from eight yards out just before the hour. Five minutes later he was unlucky to hit the side-netting after bursting into the box, although it was another clear sight on goal.

In total, Alipour had four attempts (above) yet failed to register any on target. In 2018, both his efforts were on target and one, the penalty, ultimately ensured his team’s place in the final.

With the two match-ups bearing so many similarities, one in particular was defining. The outcome, though, was different and resulted in Qatari celebrations, and not Iranian, at the final whistle.

With seven minutes to play in 2018 and Al Sadd pushing for a goal, Persepolis caught them on the break. Alipour darted through, was upended by goalkeeper Saad Al Sheeb and tucked home the ensuing spot kick.

In an almost identical situation, this time with just under two minutes left on the clock, Alipour again found himself closing in on goal. History did not repeat itself as Tarek Salman somehow caught the striker up and muscled him off the ball in the nick of time.

Then deep into stoppage time, Al Sadd won it. Hasan Al Haydos’s free-kick into the box was headed back across goal by Abdelkarim Hassan for Baghdad Bounedjah to nod home.

The 2018 AFC Champions League’s top scorer’s sixth attempt was his fourth on target and the Algerian now has four goals in five games against Persepolis. With a rivalry blossoming, the sides meet once more in their final group game on May 20.