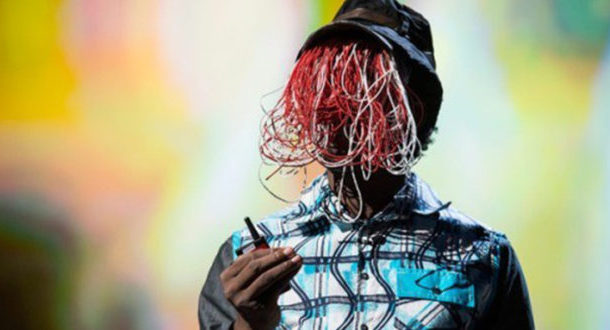 For his prize he took home a brand new Hyundai SUV.

Anas’ award was due to his recent exposé on corruption in the judiciary. He captured 34 judges on video allegedly taking bribes to compromise justice.

So far, 26 of the judges have been sacked after being found guilty of the charges proffered against them.

The 21st GJA awards was on the theme: “Media for Undisputed and Peaceful 2016 Election: The Support of Civil Society.”

In all, over 20 awards were given to journalists in various categories.

The Chairperson of the Electoral Commission, Charlotte Osei, who was the guest speaker at the ceremony held at the Banquet Hall of the State House admonished journalists to be circumspect in their reportage this election year.

She used the opportunity to condemned the use of intemperate language in the media and urged them to double check their facts before publishing their stories.

“Do not base your reportage on mere speculations,” she added.

Charlotte Osei also called for collaborative effort from stakeholders, civil society and the media for a peaceful election.

She was however confident that the commission will organize another successful election in the history of Ghana on December 7, 2016.

Below is the full list of award winners at the GJA Awards: