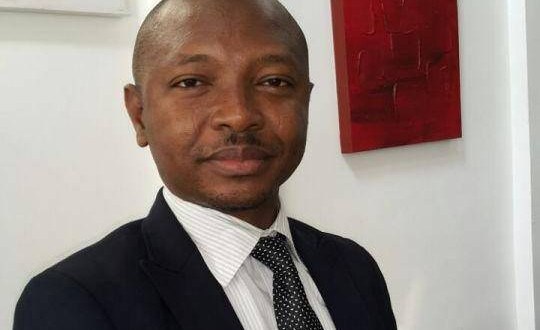 National Democratic Congress (NDC) MP for Kumbungu MP Ras Mubarak  has called on President Akufo-Addo to ask Deputy Minister of Roads, Anthony Karbo, to step aside for an independent investigation to be conducted.

The call by Ras Mubarak comes after President Akufo-Addo yesterday ordered for the arrest of the GFA boss, Kwesi Nyantaki after the Ghana FA Capo was found to have peddled in all forms of corruption including defrauding by false pretence using the name of the President and Vice-President Dr Mahamudu Bawumia to clench deals with some prospective investors.

The directive follows a private viewing of an investigative piece by ace investigative journalist Anas Aremeyaw Anas on the rot at the GFA.

His latest film dubbed ‘Number 12’, which is yet to be screened publicly, is believed to be containing incriminating evidence which shows Nyantakyi took money from people and promised them that he will "give the President of Ghana some of it" and also guaranteed them access to President Akufo-Addo.

However, the Kumbumgu lawmaker believes the action taken by the President is not enough if he is serious about fighting in the country.

According to him, President Akufo-Addo should order deputy Minister of Roads, Anthony Karbo, to step aside for an independent investigation since Kwesi Nyantakyi was heard to have bragged about financing his campaign for the parliamentary seat.

Mr Mubarak said: “In the video, Nyantakyi, a very likeable gentleman, bragged about financing the campaign of a deputy minister as well. If they are serious about corruption, they should equally ask Deputy Minister of Roads – Anthony Karbo, to step aside for an independent investigation”, adding that: “When Hon. Nii Lantey made allegations of attempts by the F.A. to bribe him, guess who came to the GFA's defence and called Nii Lantey a liar? The current Minister of Youth & Sports”.

Ras Mubarak further accused the Presidency of attempting to divert the attention of the public from the calls for the resignation of Communications Minister, Ursula Owusu with the arrest order.

He stated; “Presidency ordered” Mr Nyantakyi’s “to divert attention from the heat on the Minister for Communications who's embroiled in some controversy about a phony deal. Otherwise why order the arrest of Nyantakyi when it is public knowledge that he's out of the country?”According to Mr Mubarak, the “fact is, they watched the video more than a week ago and simply sat on it”, adding that: “What they have done, with the order to arrest Nyantakyi is to divert attention from calls for the Minister of Communications to resign and an attempt to give a semblance of seriousness about fighting corruption, but they are not. When you take money to finance your campaign, and it turns out some of those monies came from illegal sources, you are as guilty as the one who brought you the money”.