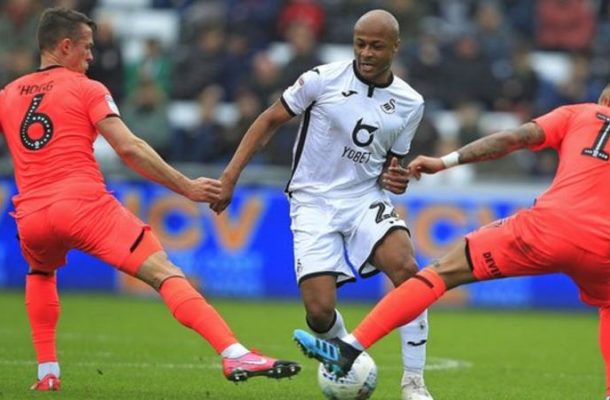 Andre Ayew was on target as his team Swansea City beat Huddersfield United 3-1 at home in the English Championship.

The move started as Huddersfield Town were caught in possession at the back with the ball eventually falling  to Kalulu who's dangerous cross was tapped in by Ayew to give the home side the lead.

There was further goals from Jay Fulton and Jordon Garrick in the second half either side of Steve Mounie's consolation goal for the away side.

Ayew is now the leading scorer for his side with 13 goals for the season and its the first win in six league games for the struggling Swansea City.

The win gives Swansea's faltering play off  hopes some lifeline as they now lie ninth five points adrift the play off positions.