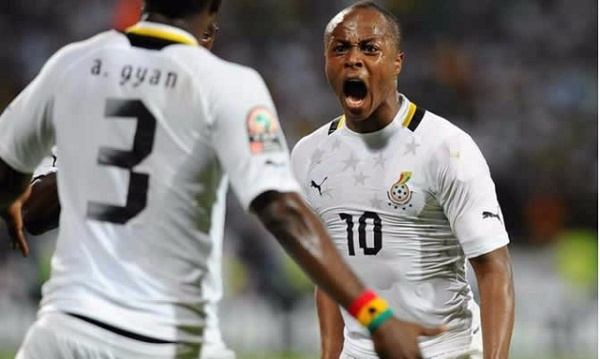 Black Stars captain Andre Ayew on Tuesday evening joined the legendary former captain of the team Asamoah Gyan as the most capped player.

A cameo appearance from the bench against Central American minnows Nicaragua in an International friendly at the Estadio Francisco Artes Carrasco in Lorca, Spain means he has now equaled Gyan's 109 caps for Ghana with history in sight as he aims to break it.

The son of the legendary Abedi Ayew Pele made his Ghana debut in 2007 and has gone on to add 108 caps more to that and he is expected to break it when Ghana plays against Switzerland in the last friendly game before taking on Portugal in the first group game of the 2022 FIFA World Cup in Qatar on 24th November 2022.

Ayew has scored 23 goals for Ghana, 10 of which have come in the Africa Cup of Nations, making him the country's all-time leading scorer in the competition.