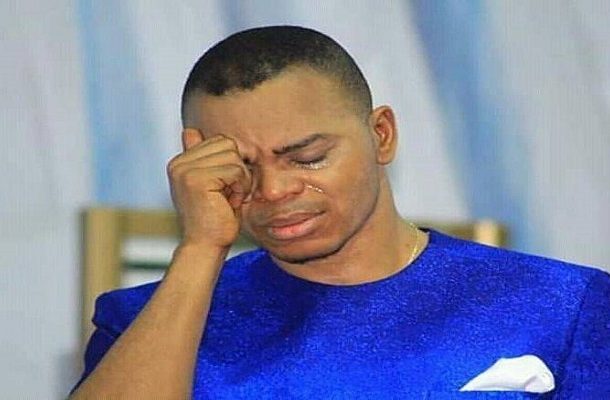 According to Dailymailgh.com's report, Kojo Bonsu died in Kumasi in the Ashanti Region.

Believed to be in his late 70s, Bonsu, popularly called Agya Bonsu reportedly died at the hospital on Friday 9 April 2021 in Bosome, a suburb of Kumasi.

Bishop Obinim father’s name first popped up in the media when outspoken NPP MP for Assin Central, Kennedy Agyapong, revealed that his stepfather who sponsored his education in Germany, was a blood relations of Agya Bonsu.

The controversial bishop declared himself an angel of God and in 2016 he told his church he could transform himself and others into objects and animals.

As part of his antics, Obinim was seen on television stepping on the belly of a woman as part of a “deliverance” session in 2014.

This led Amnesty International in Ghana to call for his prosecution for assault. Obinim in August 2016 publicly flogged two teenagers, one of whom was pregnant, on live television, accusing them of fornicating and conspiring to abort a pregnancy, leading to public outcry, after the video also went viral on social media.