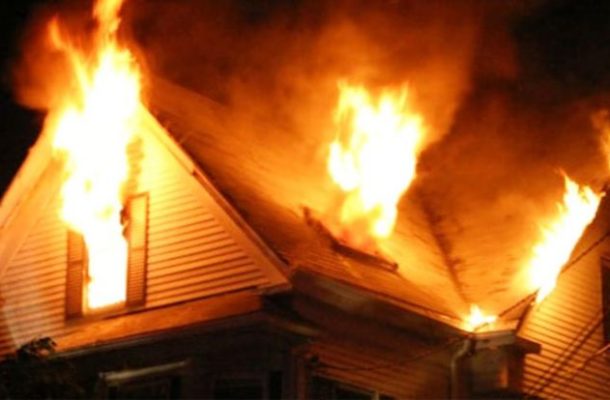 An attempt by an angry wife to teach her husband a lesson for cheating on her resulted in damage to properties belonging to several innocent residents of Old Fadama in Accra.

The livid wife, according to reports that reached GhanaNewsPage.Com, caught the husband in bed with his mistress upon returning from town to the slum.

The husband whose name is not immediately known decided to go for the mistress after fighting with the wife some days earlier.

The wife who could not come to terms with the fact that the husband had dumped her for another woman decided to teach him and the new woman a bitter lesson.

She thus reached for a combustible substance and set their wooden kiosk which houses them at the area nicknamed Sodom and Gomorrah on fire.

Unfortunately for her, the fire quickly spread to other wooden structures in the neighbourhood and consumed more than a hundred of them.

Residents of the area had to escape for dear lives and watch on helplessly as their properties burnt into ashes.

The late arrival of the Fire Service could only stop the spread of the fire.

Residents who have been stranded following the fire outbreak are therefore appealing for assistance as they have been forced to perch with friends.