Antonio Conceiçao: We want to go all the way 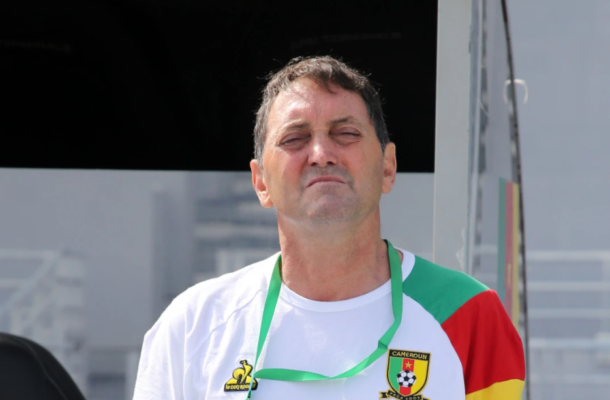 Portuguese coach of Cameroon's Indomitable Lions, Antonio Conceiçao has achieved his first objective which was to qualify Cameroon in the second round of their TotalEnergies AFCON.

Speaking to CAFOnline.com, the former FC Porto player said that the final goal is to get the trophy on February 6 at the Paul Biya Stadium in Olembe. He believes that his team is making progress from match to match and the “positive” pressure from the Cameroonian public only boosts his foals to seek the final crown in twenty days.

CAFOnlinecom: Against Ethiopia, Cameroon certainly played one of their best matches for several months. What speech did you give to boost your players after a timid performance on the first day against Burkina Faso?

Antonio Conceiçao: Each opponent has their own characteristics, each match has its story. Since the start of the competition, we have had two different opponents. Burkina Faso is a team that plays the ball with offensive and defensive actions while Ethiopia, as we had already predicted, played with a much more defensive block and counters.

I told my players that we have to remain rigorous, disciplined on the pitch, focused, follow our game plan. We have great responsibilities and we must assume them.

All Cameroonians seem to be waiting for the evening of February 6 for a possible Cameroonian coronation in this TotalEnergies AFCON 2021. Is it a pressure or an advantage for you to play at home?

As coach of the Indomitable Lions, I have always assumed my responsibilities. Playing TotalEnergies AFCON at home is positive pressure for us. We want to go all the way. For that, we will have to work a lot and play game by game, step by step. All the Cameroonian people are waiting for a victory of the Indomitable Lions who remain the flag of the country. The history of Cameroon pushes us to go higher and further, and to seek to win and bring back a sixth star. We have a long way ahead of us to get to the final, with certainly some difficulties. It's up to us to have fun, keep our momentum, play our football, especially since all the matches are difficult.

Next opponent of Cameroon, Cape Verde, on Monday at the Paul Biya stadium in Olembe. Cape Verdeans have always posed problems for the Indomitable Lions in the past. What will be your strategy to complete your three victories in a row?

We know that the Cape Verde team will cause us problems in the game. They are a team that we know quite well, having met them in qualifying. We know their strengths and weaknesses. For the moment, what interests us the most is the recovery of the players in order to play a good match and achieve a good result in this group stage.

How do you intend to remedy the defensive errors of your team especially after the offensive prowess during the first two matches of the tournament?

In our football jargon, we say it's much easier to work on the defensive phase than the attacking one, but strangely in our team, we are better up front. We are a team that likes to take risks, especially up front. We played against two different teams, with a Burkina Faso outfit creating chances from set pieces while Ethiopia played defence.

Since my arrival, the team has become more offensive, playing forward, especially since the players feel more comfortable in this kind of situation.

It's not just defensive mistakes but a whole collective effort since the players who make up our team come from different leagues with different visions of football. With a very short working time, it is difficult to have the same game idea but we are working on it to find the perfect balance.

Of the two matches played by Cameroon in this competition, Vincent Aboubacar stands out. The captain of the Indomitable Lions proves his qualities. How do you use his experience within the group, especially for young people?

Vincent Aboubacar is an excellent player who is always hungry and who always wants to go further and higher. It is these characteristics that he instill in his young teammates. He wants to write his name in history. He is an example in the field but also outside. He is a player who manages to handle the pressure well. He always has the right words to motivate his teammates. He is a very important player in our chessboard.

After watching the matches of the first day, what are for you the favorites of this 33rd edition of the TotalEnergies Cameroon 2021?

It's a pretty special CAN. African football has changed a lot and we noticed that on the first day of the tournament. The favorites as well as the underdogs found huge difficulties in terms of play when entering the competition. The pandemic also played a role in this, but I think the more we advance the more we will see teams that will stand out as in all competitions. The teams that are used to playing at the top of the table will certainly be there.

On the organizational side, I would like to thank the Cameroonian State and CAF for everything they have done to successfully organize this celebration of African football in Cameroon. This only bodes well for the African continent, which deserves to have a great place at the international level.