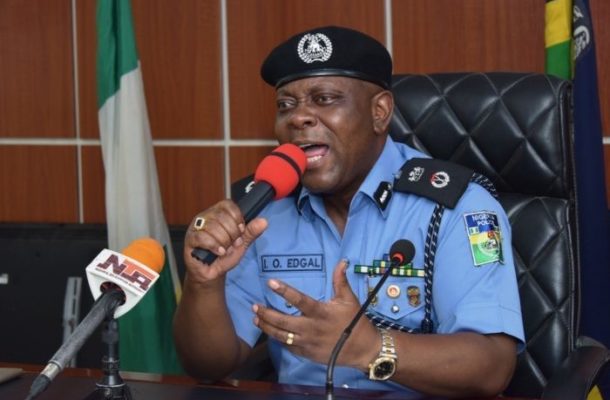 The Lagos state commissioner of police, Edgal Imohimi, has warned that anyone caught having sex inside a car in a public place in the largest Nigerian city, stand the risk of being jailed for 2 years.

In a statement released by the command's spokesperson, Chike Oti, CP Imohimi said he had to make this clarification following the recent tweet by ACP Yomi Shogunle who said it isn't a crime to have sex in a public place.

Read the statement from the Commissioner of Police below.

The attention of the Commissioner of Police, Lagos State, CP Imohimi Edgal has been drawn to an online publication credited to @POLICENG_PCRRU to the effect that " Sex in a car in a public place is not a crime in Nigeria provided;
1. Location is not a place of worship
2. Parties are 18yrs+
3. The act is consensual (agreed to by parties)
4. Parties are of opposite sex
If threatened with arrest over above, pls contact @POLICENG_PCRRU"

Sequel to the development, the CP Lagos  has been advised by the Director of Public Prosecution of the state Ministry of Justice and the  Legal Department of the State Police Command, Panti, Yaba  with relevant sections of the law as follows: Section 134 (a) Criminal Law of Lagos state 2015 prohibits any indecent act in any public place without lawful excuse. The law holds that such person is liable on conviction to 2 years imprisonment.

Section 136 of the Criminal Law of Lagos state, 2015 provides that any person who commits any act of gross indecency with another person in public commits an offence and liable on conviction to 3 years imprisonment.

It must be noted that section 134 which deals with offences against morality particularly section 134 (a) have it that indecent act in a public place makes both parties engaging in the act liable to imprisonment for 2 years.

In the same vein, section 231 of the Criminal Code Act which is a Federal law and applicable in states other than the northern states where Penal Code is applicable also make Indecent Acts punishable.

Going forward, the authorities of the Lagos State Police Command hereby declares that the assertion that sex in a car in a public place is not a crime in Nigeria is misplaced as the provisions of the Criminal Law of Lagos State prohibits such acts in public even if it is done with consent of the other party

To this end, the Commissioner of Police, CP Imohimi Edgal wants Lagosians  to be  guided by relevant sections of the law against such acts .

Ri0t 1 year ago
And you chose motherfucking ultra religious Nigeria for this article. Smart as fuck, what can I say.