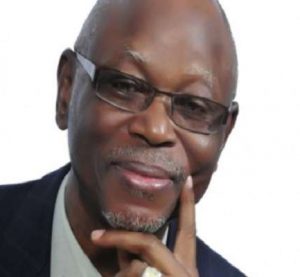 
National Chairman of All Progressives Congress (APC), Chief John Odigie-Oyegun, has admitted that the party did not actually know Nigeria economy has deteriorated to the current disturbing extent when it took over government last year.
The ruling party boss who made the confession while speaking during a surprise bash organised by staff of the APC national secretariat in Abuja to celebrate his birthday, equally admitted that it has been very tough for many Nigerians.
While reassuring that the within arrangements in place, Nigeria will graduate from a mono economy, stressed that though APC knew that things were bad in the country during the 2015 Presidential campaigns, it never knew how bad it really was.
According to him; “It has been tough times for the nation. When we were campaigning and it is necessary to continue to hammer on this part, we were not in government. We knew things were very bad, but we did not know they were as bad as we eventually found them and the revelations that come out everyday continue to buttress that fact.
“Nobody ever expected the price of crude to collapse in the way it has done and one can only repeat what Mr. President said a few days ago. That is for being a nation that had an excess crude account, today because of the collapse of the price of crude, a lot of states of this country do not have enough resources to meet their basic functions, responsibilities.
“That we would never again depend on a single crop whether it is oil, whether it is solid minerals, whether it is agriculture. The president is laying a single foundation, very solid foundation, for the take-off of this nation such that all the resources that God has endowed this nation with, whether it is in solid minerals that it is plentiful, whether it is in agriculture, we can grow virtually anything in this nation of ours we have been blessed with rich soil.
“The Nigeria of tomorrow would be a Nigeria that produces, the Nigeria of tomorrow would be a Nigeria that can give employment to its youth. The Nigeria of the tomorrow would be a nation that would provide plentiful opportunities for its people that is the Nigeria Buhari is presently constructing,” he assured.