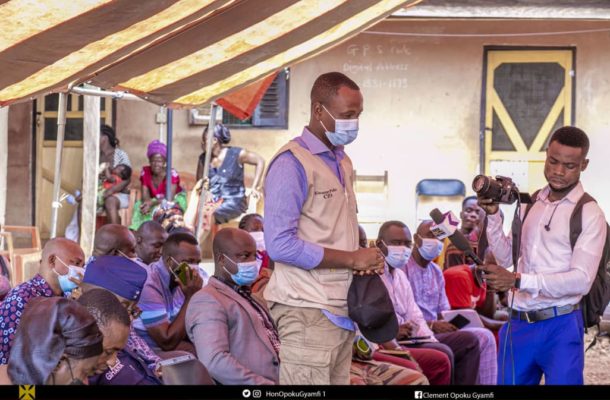 The District Chief Executive (DCE) of Amansie South in the Ashanti Region, Hon. Clement Opoku Gyamfi on Monday, April 12, 2021, stormed Manso-Aponapon to sympathize with relatives of the four-member family who perished in a recent fire outbreak in the community. 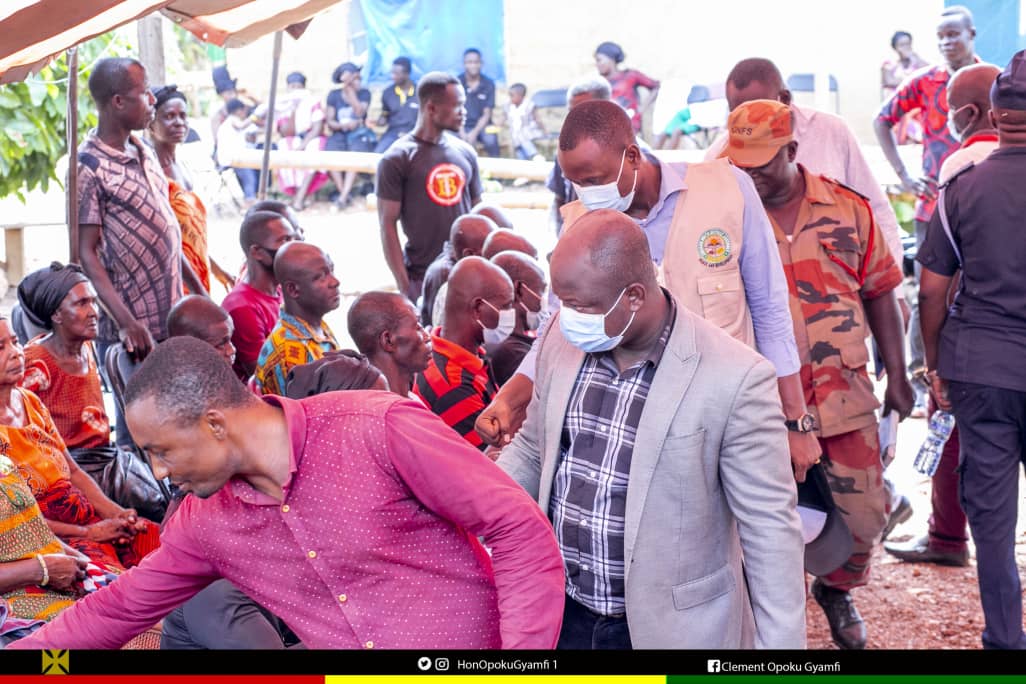 It will be recalled that the family of four, comprising a 48-year-old Kofi Owusu and his pregnant wife, 32-year-old Esther Kwabena as well as their two children, nine-year-old Sarah Owusu and five-year-old Kwadwo Awuah were burnt beyond recognition after fire ravaged their house Saturday night. 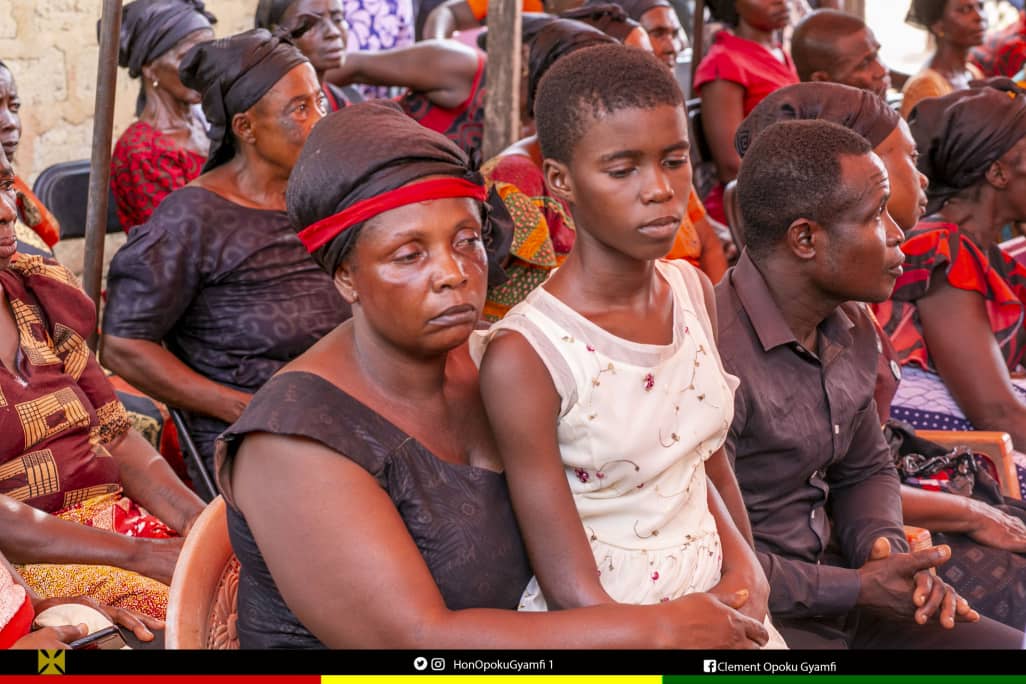 The fire reportedly started at about 11:30 pm and spread through the eight-bedroom self-contained house when all occupants were fast asleep. 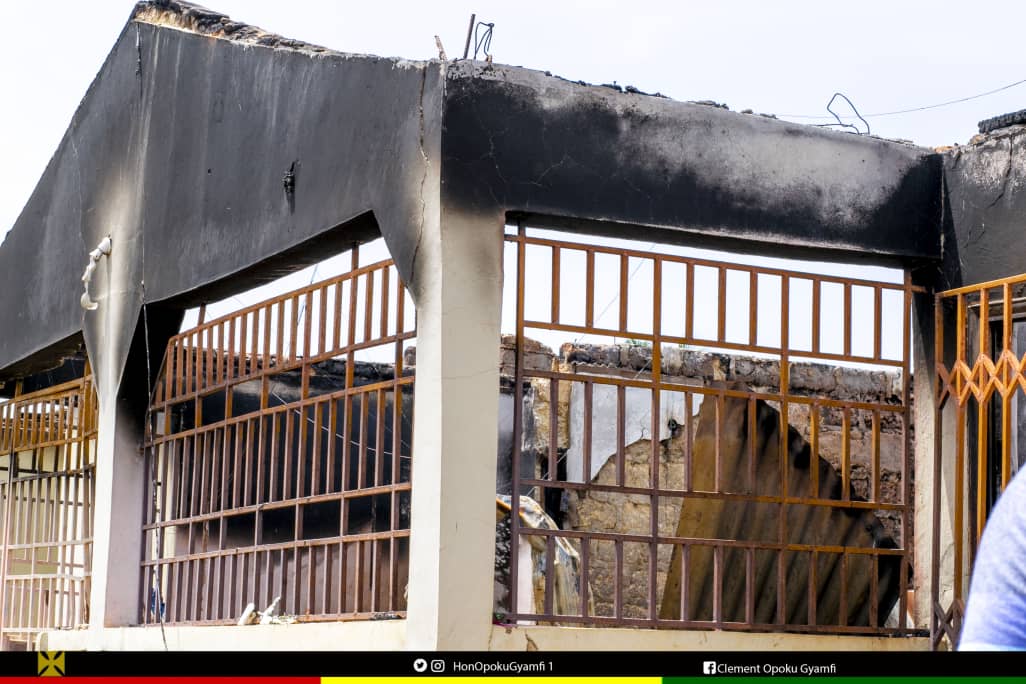 Other four inhabitants escaped death but sustained injuries and are currently receiving treatment at the St. Martin's Hospital at Agroyesum.

The bodies of the desceased have been deposited at the morgue of the same hospital pending a post-mortem. 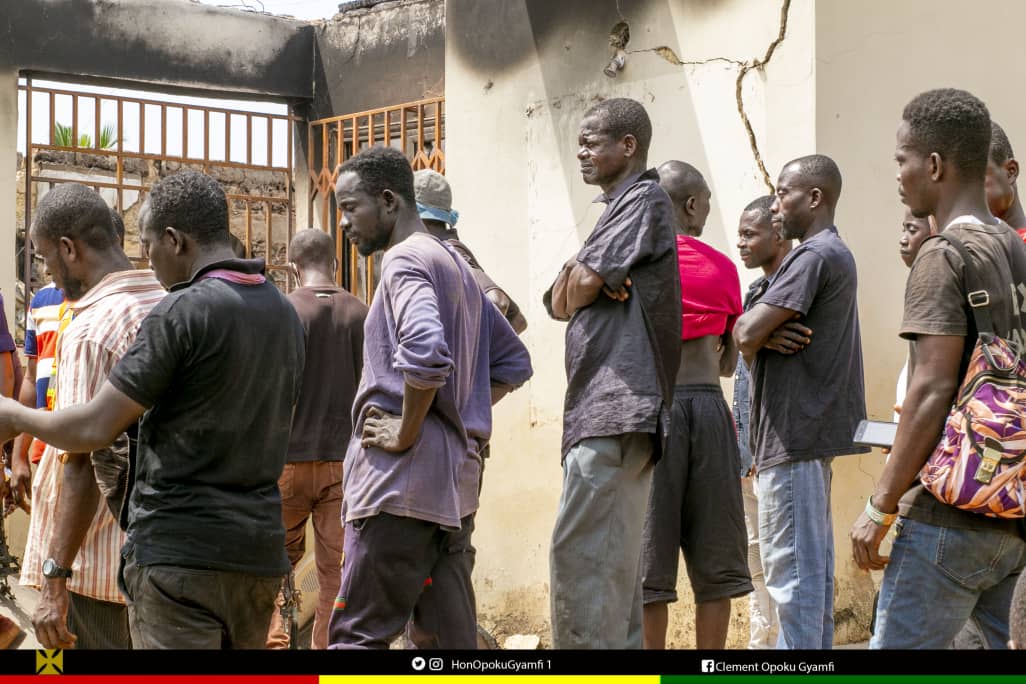 The DCE after visiting the affected family, supported them with some relief items and an undisclosed amount of money. 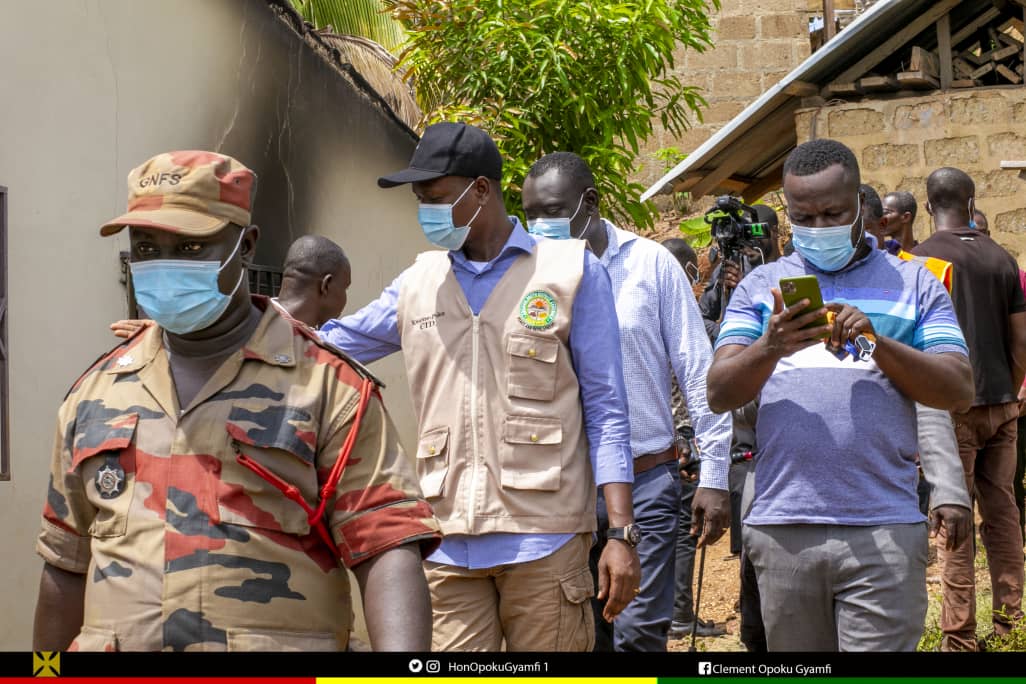 Hon. Opoku Gyamfi also assured them of the government's support during the burial and funeral of their desceased relatives. 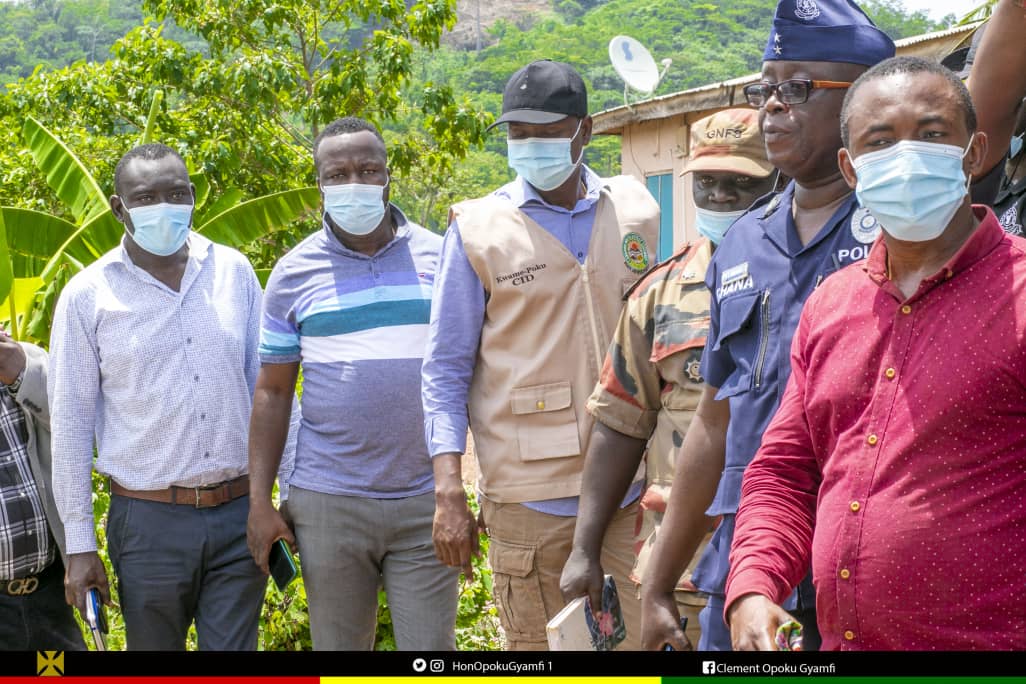