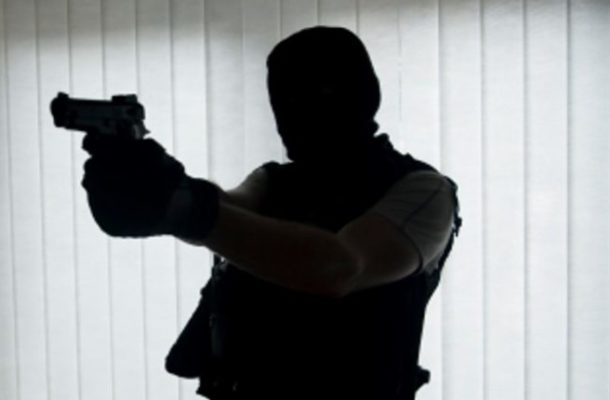 Fear has gripped residents of Asesewa in the Upper Manya Krobo District of the Eastern region after a gang of four armed robbers invaded the town to rob amidst sporadic shootings.

The armed robbers succeeded in robbing a mobile money vendor after shooting him and seven (7) others.

According to a resident, the armed robbers reportedly of Fulani extraction stormed the mobile money vendor shop near Asesewa Senior High School around 8:00pm and opened fire sporadically.

The armed robbers bolted with the unspecified amount of money before the arrival of the police.

The Police Patrol team retrieved six BB Cartridges. The victims are on admission at the Asesewa Government Hospital.

However, Judith Degbor is in critical condition.

According to the acting Public Relations Officer of the Eastern Regional Police Command, Sargeant Francis Gomado, efforts are underway to arrest the suspects.