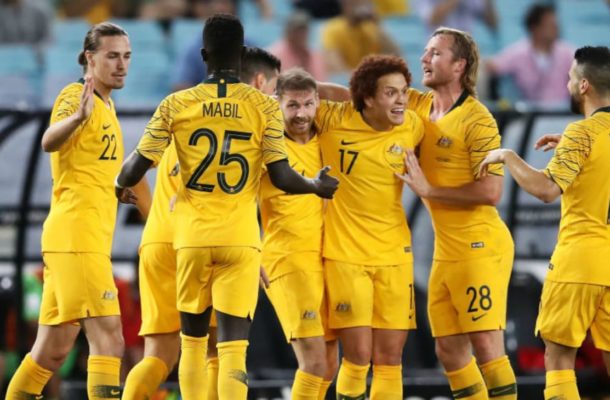 Sydney: Socceroos head coach Graham Arnold has announced the 23 players who have been selected to represent Australia for their defence of the AFC Asian Cup.


Arnold’s squad, which has an average age of 26, will assemble in the United Arab Emirates for Australia’s pre-tournament training camp from December 26, and will open their AFC Asian Cup UAE 2019 campaign against Jordan at the Hazza Bin Zayed Stadium in Al Ain on January 6.

Moreover, 19 of the 23 players set to represent the green and gold in the UAE have played in the A-League at some point in their professional careers, highlighting the pathway Australia’s top-flight paves to the most elite levels of the game.

Arnold, who confirmed his squad at a media conference at the iconic North Bondi Surf Life Saving Club, said he feels he has a selected a balanced and exciting group of players that possess great character for the tournament ahead.

“Our squad for the upcoming AFC Asian Cup in the UAE blends youth with experience,” Arnold said on Thursday.

“Individually and collectively the players are determined to excel at the tournament and following the three positive camps that we have had since September I know that Australia will enter the Asian Cup with the best camaraderie in the competition.”

“It is exciting that 15 of the 23 players in the squad will be being attending their first AFC Asian Cup, and I am expecting that Australian fans will see some great performances from our kids throughout the tournament.

“In the short amount of time I have had in charge I feel that we have come a long way, and we will travel to the UAE expecting to win every match and ultimately lift the trophy in early February in Abu Dhabi.”

Of the 23 players selected, 22 have been part of either camps or matches under Arnold since September, with 23-year-old Perth Glory flyer Chris Ikonomidis (pictured below) the exception.

Arnold explained that Ikonomidis deserved his place at the tournament following his standout performances in season 14 of the A-League.

“Chris has made a great start to his time at Perth Glory under Tony Popovic and it has been his form in the A-League that has sealed his place in the squad,” he said.

“Chris will add pace and energy to our attack, which is the consistent feature of the players that we have picked in the Socceroos’ attack for this tournament.

“We will play energetic, high-intensity football in the UAE, and the rapid attackers we have selected including Chris, Mathew (Leckie), Robbie (Kruse), Awer (Mabil), Martin (Boyle), Andrew (Nabbout), and Jamie (Maclaren) will enable us to implement our style,” he concluded.

Australia will play Jordan, Palestine, and Syria in Group B at the AFC Asian Cup UAE 2019.

The tournament will kick-off in Abu Dhabi on January 5 and conclude in the same city on February 1.