Arrogance of power, the god's cannot be blamed! 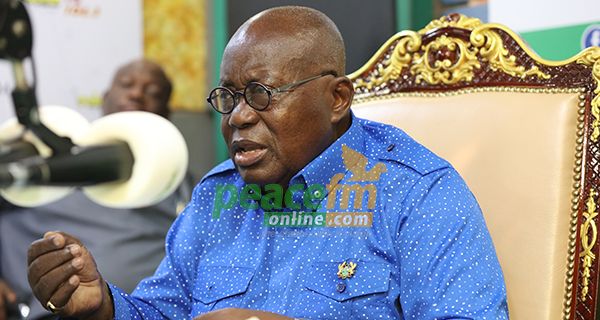 It's nomore about the demos ( people and their concerns) but rather persons assuming God complex.

But you know why, it's a defensive mechanism for non performance. He is confused and overwhelmed.

For those defending the leader of the country... it's your right.
We will have our say though

If the interviewer found it funny and laughed it off ...who do we blame?

Rather than blame others , blame ourselves.

How on earth will an SHS be left to rot
Not only in Aflao ,not only in Krobo ...why?

Are we losing our sensitivities as a people?

Are we denying the poor education which us the leveler?
Monies from our taxes and loans that the nation will repay?

Sadly, it appears it's nomore about about the country and the people

It's rather promoting a personality cult.
How can we as a nation joke with serious issues like education?

For those crying ultimatum...and so what?

Dont projects have timelines?
Are they gifts to the people or projects paid with tax payers money?
You can be blinded by cult worship!

You can be blinded because it's not your people!.

Sometimes it takes God to remind leaders...that HE is supreme ..that this life is transient.

May God touch the leader's heart, to remember his solemn pledge to the people of Ghana.

Who on earth will believe this is happening today?
That a whole people can be mocked

That an essential school project can be left to rot ...when the people complain they're reminded of where they come from?

And we sat here crying for George Floyd?
You don't see the naked discrimination and disregard for a whole town?

Who says Aflao has only Ewes?

The diamond cement road is predominantly populated by people of Northern extraction and muslims...not Ewes.
Go to Zioume, Gakli ..That's where the school is located.

So if school resumes in February , the minister shouldn't be reminded that the school should open for pupils to access the school?
What crime at all have we committed as a people?

If for nothing, we are building a country...a *unitary* state that respects differences!
It's not about who is in power ...it's whether the social goods are delivered.

Will you do this to your own business?
Will you allow a project to rot whilst students don't get access ?

If the journalist who hails from the region cannot identify with the needs of his people...why won't his people be mocked?

To Kwame , just remember after all is said and done...your name identifies you.

If with your influential position as a board member ,a prominent journalist... you couldn't advocate, even beg for your people but laugh it off ...that's your headache.

It's disheartening...so disappointing...it hurts to note that colleagues can defend this ...but that is life ...when the shoe is on another leg , you don't know how it feels.

Multiply the children denied education over these 5years ...the reality will sink in ..it's not funny ...let alone mock the people.

For emphasis *Volta is not made up of only Ewes*
There are Adas, Gas in Agortime ( they're not settlers...it is theyr home )
There are Guans all over
There are various groups from the North
Thete are Akans

Indeed ,the region is as diverse in ethnicity as its climate and geography.

Beyond all ..it has diversity in Parliament
Hon Amewu won a seat ..it's his appeal to the people
Beyond the politics, partisanship and pettiness

Education, for that matter children cannot be mortgaged on altar of discrimination.

The good news...with our high level of inter -marriages ...you're bound to gave a relative from the Region.

God bless us all.