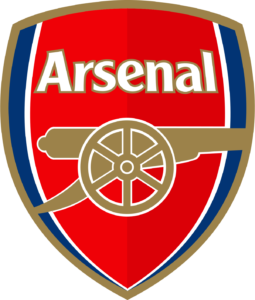 The Gooner News looks at three Premier League clubs who could stand to benefit from signing Eintracht Frankfurt striker Andre Silva, who is a target for Barcelona.

Despite being just 25 years old, Andre Silva has already seen a lot of highs and lows in his professional football career. The centre-forward burst onto the first-team scenes at FC Porto in 2016, at the age of 20 – the same season when he helped the B team to the second division title and was named the best player in the competition.

A prolific 2016/17 campaign followed which saw Silva plunder 21 goals and 8 assists in his first full season with the Porto first-team, causing clubs across Europe to sit up and take notice. By this time, he had also made his debut for the Portuguese national team as well.

And, it was AC Milan who beat a host of teams as per online casino australia to sign the striker in the summer of 2017. Handed the fabled No.9 jersey worn by legendary figures such as George Weah and Filippo Inzaghi, Silva could never live up to the lofty expectations and endured a disastrous first season in Italy, scoring just two league goals.

After a disappointing campaign, Milan decided to cut him loose, loaning him out to Sevilla where he did fare a tad better but was nowhere near his best. The summer of 2019 saw him make the switch to Germany, signing for Eintracht Frankfurt on loan, coming in to replace Luka Jovic who had left for Real Madrid.

And here’s where things turned around for Silva again. The Portuguese striker enjoyed an impressive 2019/20 season, scoring 16 goals in all competitions which prompted the Eagles to make his transfer permanent. And Silva has gone on to step it up a notch after his transfer to Bundesliga was completed.

The 25-year-old has emerged as the second-most prolific goalscorer in Bundesliga this term with his tally of 21 league goals from 24 games bettered only by a certain Robert Lewandowski. In addition, he has chipped in with five assists as well, sparking interest from the who’s who of Europe once again.

La Liga giants Barcelona, for one, are said to be keen on signing the Portuguese international. The BILD reports that a deal could be done for Silva for a transfer fee of around €40 million, which might prove to be out of the Catalans reach considering their recent financial plight, which has left them scouring the market for free transfer opportunities.

At the same time, it also opens up a chance for some Premier League clubs to launch a move for the 25-year-old. And, here, the Gooner News looks at three such English clubs who could stand to benefit from signing him.

It has been another year of transition for Arsenal, who look to be making some progress under the stewardship of Mikel Arteta. While the defence has been a major problem for the Gunners for a number of years now, this term, they have also been let down by a misfiring attacking department.

A lot of their attacking problems stemmed from a lack of creativity, which has been addressed to a large extent since the January transfer window. However, captain Pierre-Emerick Aubameyang is enduring his worst campaign in recent memory while the likes of Alexandre Lacazette, Eddie Nketiah haven’t done enough to justify a starting role week in week out in the centre-forward slot.

So much so that Arsenal are contemplating the possibility of offloading both the strikers in the summer transfer window. Thus, there will be a need for a new centre-forward at the Emirates come the end of the season, making someone like Silva a prime target.

Despite his struggles in the past few years, Silva always showed his goalscoring capabilities with the Portuguese national team for whom he has impressive numbers. And now that he has rediscovered his mojo at club level as well, he could prove to be a fine addition to the Arsenal frontline.

Another team that is in need of a desperate goal-scorer heading into the new season as there is just way too much attacking burden placed on the shoulders of Mohamed Salah and Sadio Mane. Roberto Firmino, for all his positive attributes and key contributions, has floundered in front of goal, which cannot be acceptable for a team wishing to challenge for trophies on all fronts.

Indeed, Firmino has scored just six goals across all competitions this term which is just not good enough for the centre-forward of a team that is trying to defend their Premier League crown. So, bolstering the attacking unit once again this summer becomes imperative for Jurgen Klopp, even more so considering the future of supporting players such as Divock Origi is in doubt.

That is where someone like Silva could enter the picture. At 25, the Portuguese has his best years in front of him and has proven himself at the highest level in Germany over the past couple of years. He might not offer the same kind of off-the-ball work-rate as Firmino does but according to online blackjack casino, still does his fair bit, having posted a successful pressure percentage of 27.2% this term, compared to the Liverpool man’s 28.8.

Finally, to a club that has already been linked with a move for Andre Silva in recent times, Manchester United could most certainly use a new striker who can guarantee them goals upfront as they look to take the next step and end the trophy drought under Ole Gunnar Solskjaer.

Things seemed rosy for the Red Devils when Anthony Martial scored 20+ goals last term, while Mason Greenwood enjoyed a dream season. Talks of how the Frenchman had finally become the No. 9 Manchester United needed were doing the rounds. Fast forward eight months and he is back to his inconsistent ways again, scoring just four league goals this term.

With Greenwood also enduring a difficult campaign and Marcus Rashford finding home on the left side of the attack, the Red Devils have been devoid of a natural goalscorer at the top. And with Edinson Cavani’s future at the club far from certain, a new centre-forward is the need of the hour for Manchester United.

The likes of Harry Kane and Erling Haaland have been mentioned as targets. However, the duo could be well out of their hands considering the competition for their signing as well as the price tag that they would command. Silva could, thus, prove to be a more realistic target for the Red Devils given his €40 million valuation.