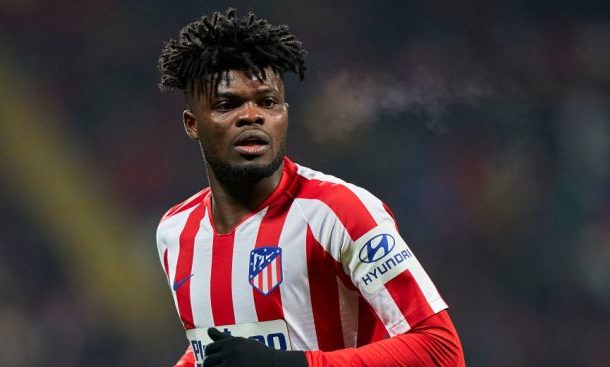 Arsenal's quest to secure the services of Thomas Teye Partey this summer could drag for a little while after Spanish side Atlético Madrid rejected the Premier League side's initial offer.

Atlético Madrid insist they’ll not take anything below the Ghanaian midfielder’s €50m [£45.5m] release clause, but penny-pinching Arsenal are also not willing to break the bank for their most wanted transfer target.

Arsenal have made two attempts in the past two weeks, but report say both offers fall short of the midfielder's valuation.

Their first offer of €25m plus a player was rejected outright, but the Gunners returned with the same offer yesterday which the Spanish side turned down, insisting no amount of persuasion from Arsenal will make them sell their priceless asset on the low.

Meanwhile, all indication point to fact that the 27-year-old Black Stars midfield anchorman  is willing to play for the Gunners as he has refused to sign a new lucrative deal that will keep him at Atlético Madrid.

However, Arsenal’s scrooge-like approach on the negotiation table could deter the Spanish club from doing business.