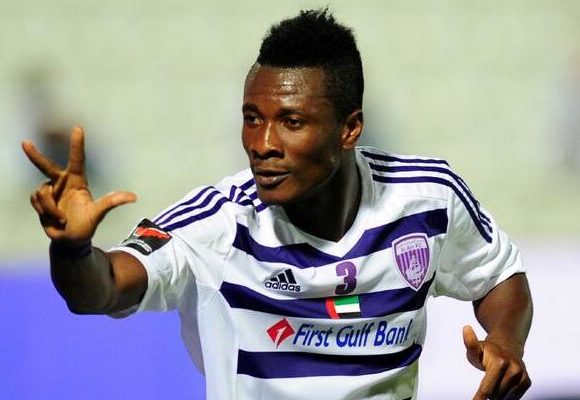 Gyan took to his Instagram page to hail the team’s achievement;

”It’s a done deal. CONGRATULATIONS to AL AIN FC for winning the league this year. I’m happy to be part of this great club. Thanks to all the fans for supporting the team ???????“

Saturday’s 4-0 victory at Al Nasr sealed for the Garden City side a 13th top-flight crown, and first trophy in three years, with one round to spare. Last champions in the 2014/15 season, Al Ain lost only once in the league this campaign.

In taking the title, they also booked provisionally their spot in the Fifa Club World Cup, to take place in the Emirates later this year.

The Ghana international who now plies his trade with Kayserispor in Turkey scored 95 goals in 85 appearances for the club in a four-year stint, before departing to Chinese Super League outfit Shanghai SIPG.