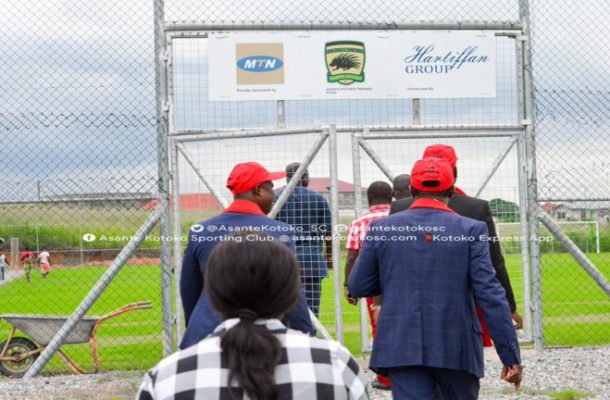 Ghana Premier League giants, Asante Kotoko will adopt the Adako Jachie training grounds as their permanent home grounds to honour their home matches in the league.

Following the closure of the Baba Yara Sports Stadium by the National Sports Authority ahead of the 63rd Independence Day celebrations, the club has lost the Babayara Stadium as its home grounds.

Reports has already emerged that the club is considering staging their home matches at the Cape Coast Stadium, Obuasi Len Clay Stadium and the Sunyani Coronation Park.

However, Executive Chairman of the club, Dr Kwame Kyei, says his outfit has started renovation work at the Adako Jachie grounds where they will stage their home matches.

“We are working tirelessly to make sure we get Adako Jachie to the best of shape so we can use it as our home grounds,” he told Asempa FM in an interview.

“Since the closure of Baba Yara Stadium, I and the Management are doing our best to get a permanent home grounds for Kotoko.

‪“We’ve started the project… I’ve been with the contractor on the job. We want to put the place in order and play our matches there.

“We’re on it; there’s a lot of work. We’ve started the fence wall, we could finish in about six months.

“We are putting up a wall around the Adako Jachie to make sure it meets the standard of the Club Licensing Board.

“The Adako Jachie land is big, it’s bigger than the Accra and Kumasi Sports Stadia…; we need everyone’s support, whether you’re a mason or a carpenter,” he appealed.

Adako Jachie has been the training grounds for Asante Kotoko for the past years.