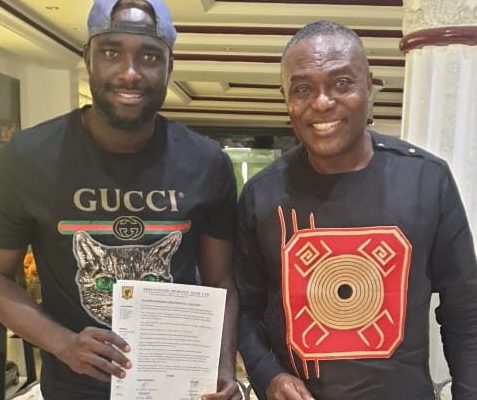 The miners have struggled in front of goal all season since the departure of captain and regular goal scorer Shafiu Mumuni who is scouring Europe for greener pastures.

Ashgold have snapped up Nana Poku from Qatari side Al Markhiya after reaching an agreement with his club for his services.

The striker has vast experience in the local game after scoring 16 goals for Berekum Arsenal in the Premier League to win the goal king gong some nine years ago.

Since then, the well traveled striker has had spells mainly in north Africa and the Gulf region with the likes of Zamalek, Mikr El Makkasa

The miners who are without a substantive manager have scored a paltry 9 goals after 11 matches in the Ghana Premier League only lying top of the league due to their superior defence which has conceded just twice thus far.

The second transfer window of the Ghana Premier League is set to open on 16th March 2020 when the miners can register their new acquisition.