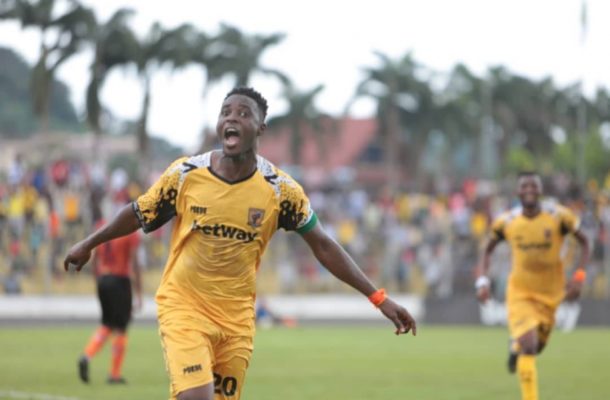 Ghana Premier League side Ashanti Gold SC have reached an agreement with Algerian side ES Setif for the transfer of star striker Shafiu Mumuni.

According to multiple media reports, the 24-year-old will be signing a contract with the Black Eagles lads after passing his mandatory medical examination on Thursday.

Mumuni is expected leave the shores of Ghana to the North African country to finalize his move in the coming days.

The highly rated goal poacher was crowned top scorer for the 2019 WAFU Cup of Nations after netting four goals in the tournament.

He made history as the first-ever player to register a hat-trick at the tournament held in Senegal last year.

Mumuni has scored only one goal in his four appearances for Ashanti Gold SC in the ongoing Ghana Premier League season.