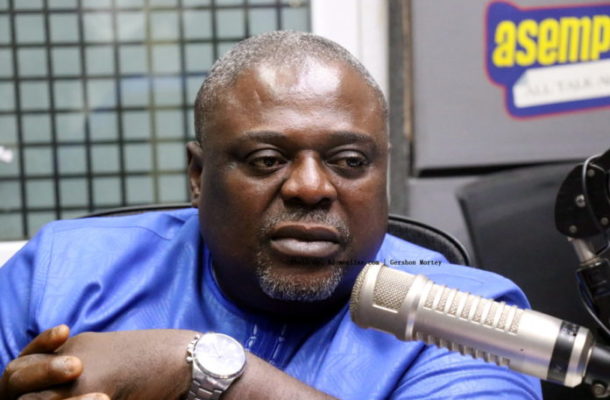 Chief Executive Officer of the Atta Mills Institute (AMI), Koku Anyidoho, has suggested that the brother of late President John Evans Atta Mills, Samuel Atta Mills, is the only family member allegedly opposed to the remodeling of the Asomdwee Park, the final resting place of the late president.

In an interview with Metro TV, the former Deputy General Secretary of the National Democratic Congress said the brother of the late president should be ignored.

He stated that Samuel Atta Mills who is also the MP for Komenda Edina Eguafo Abirem, was using the legacy of his brother for politics.

Koku Anyidoho stressed that he was spearheading the preservation of the Asomdwee Park and Atta Mills' legacy in the interest of the state.

“It’s not about politics. It is about the Republic of Ghana and that’s all I seek to do” he reiterated

He shot down assertions that the body of the late John Evans Atta Mills was not in the tomb following the commencement of the remodeling construction works.

“That’s all we have done…to build a nice resting place for the president. Nobody has touched any body. National Security owns this place. Twenty-four hours they are here. So I came with a pick axe and spade and a digger and came to exhume the body and carried it on my back and took it away? It’s ridiculous. It’s not true. It is not true” Koku Anyidoho insisted.

Samuel Atta Mills on July 19 had cause to raise concerns over some construction works which were happening at the Asomdwee Park, the final resting place of the late president.

According to him, the government through CODA and Anyidoho's AMI had tampered with the tomb of the late President Atta Mills without informing the family – an action he said was offensive.

He further wondered if the body of the late president was still in the tomb.

Meanwhile, Sunday, July 24, 2022, will mark 10 years since the demise of Atta Mills and according to Koku Anyidoho, a memorial thanksgiving service will be held after which President Akufo-Addo will commission the remodeled Asomdwee Park.