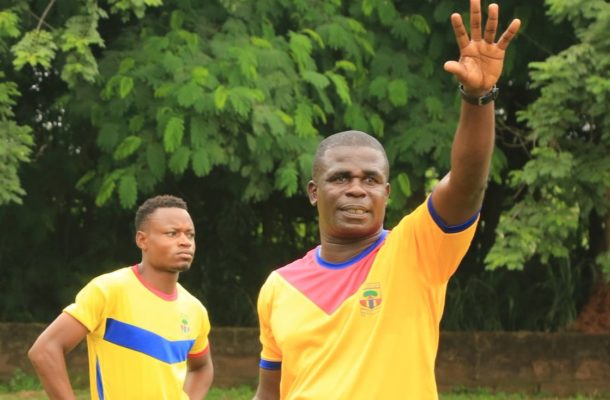 Coach Seth Hoffman has expressed gratitude to Accra Hearts of oak, after his service came to an end on Wednesday.

The announcement to part ways with the rainbow club came amid expectations of an impending  shake-up by new coach Kim Grant.

But Hoffman explains he has left  due the expiration of his contract with the Phobians, where he served as an assistant coach.

"Yes it's true I have parted ways with Accra Hearts of Oak," he said on Fox FM.

"I'm say thank you to the board Chairman fantastic Togbe Afede, the fantastic technical bench, Mark Noonan fantastic, the playing body fantastic, I thank them all.

"The thing is that my contract (with the club) ended on January 1, 2019 but I have continued to work till now and I'm grateful to the club. I'm open to any club that may need my service since am available."

Hoffman, who was in charge of Hearts' youth side, Arouras ,became the club's stop-gap coach after the sacking of Coach Henry Lamptey Wellington last year.

He was reassigned as the deputy coach of Hearts of Oak after Kim Grant was named the head coach in November 2018.

Grant is expected to name a new assistant coach, new goalkeepers trainer and a medical team as he seek to take the club to the next level.