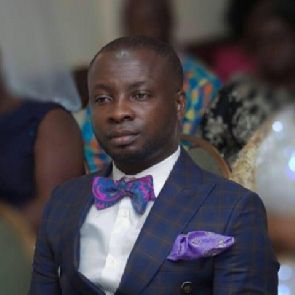 Mr Acheampong, in expressing remorse for his action, has withdrawn his words "upon a second thought" as he belongs to the same Asante kingdom.

The ace journalist described Asante Kotoko as being 'greedy' after the porcupine warriors wrote officially to ask for the services of three players to beef up their squad for the group stage of the CAF Confederations Cup.

Asante Kotoko head coach Akonnor is keen to strengthen his squad after guiding the Porcupine Warriors to the group stage of the Confederations Cup, and the club has written to Ashanti Gold SC asking for the services of James Akamenko, Shafiu Mumuni and in form Richard Djodi.

According to Acheampong, he had a verbal agreement with Kotoko for only one Shafui, but was taken aback to see Kotoko asking for three players in their letter,leaving him lose it while addressing the issue in a radio interview.

In a radio interview with FOX FM, Fred Acheampong showed a deep remorse, asking for forgiveness from those offended by his comment.

'To be honest with with you I used that word, greedy, but just after I granted that interview a closed friend of mine at Manhyia (palace) drew my attention to comment and I immediately admitted that I went overboard and I shouldn't have used that word', Fred Acheampong said in an interview with FOX FM.

He has been criticised hugely by many after his comment, accusing him of having dragged the image of the Ashanti Kingdom through the mud.

But the former spokesperson for New Edubiase FC has rejected such claims on grounds that he equally hails from same Kingdom.

Reports indicates Asante Kotoko  have withdraw their interest in the chase of the said players after Fred Acheampong's comments.

But the club are yet to officially make public pronouncements on such reports.