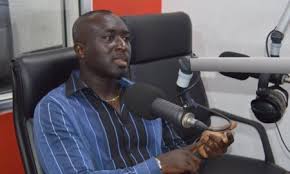 Arhinful wants Boateng's return to the national team to be based on his willingness to serve the country.

"We must first ask Kelvin whether he still wants to get back into the Black Stars before we start talking about that," he said.

"For now the benefits we as a Ghanaians will get is that, Kevin is being addressed as a 'Former Black Stars player' in every media house both locally and foreign which I believe will lift the name Ghana high."

Barcelona on Monday announced the signing of the German-born-Ghanaian on loan from Italian side Sasuollo, a move that came as a surprise to some connoisseurs of the game.

But Arhinful believes the move could be more beneficial to both parties, saying he was not surprised.

"I wasn't surprised at all when I heard that Kevin Prince Boateng is joining Barcelona because they had their own reasons for signing him," he said.
"I think Kelvin is guaranteed of winning a trophy even if he doesn't get more playing time at Barcelona so I will urge all Ghanaians to pray for him in getting more playing time"

However certain people in the boardroom were against the idea due to the cost of a temporary solution. Vela, too, is also approaching the end of his competitive career.

At that time there were only three names on the shortlist. Carlos Vela, who hasn't liked by the sporting department. Morata, who was expensive and complicated. And lastly there was Cedric Bakambu, who had previously played in LaLiga for Villarreal but didn't have the green light from his Chinese club.

According to Barcelona's technical secretary, the former Milan man was signed to the Catalonian Giants due to his "experience" and "personality"