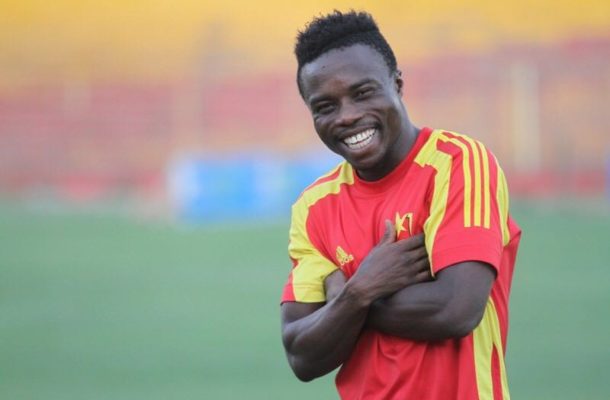 Kumas Asante Kotoko  have completed the signing of the former BK Hacken attacker Augustine Okrah on a two-year  deal with an option of renewal.

The attacker has rejoined  Kotoko as free agent, eight years after leaving the porcupine Warriors in a painful note.

The return of the former Ghana Premier League MVP and top scorer comes at a time when Kotoko are  augmenting  their squad for the 2019/20 CAF Champions league.

The former Ghana U20 star was available on a free transfer after leaving Indian Super League side NorthEast United FC.

He becomes the eleventh signing of the 'Kum Apem' lads ahead of their 2019/20 CAF Champions League campaign with the deal expected to be announced in the coming days.