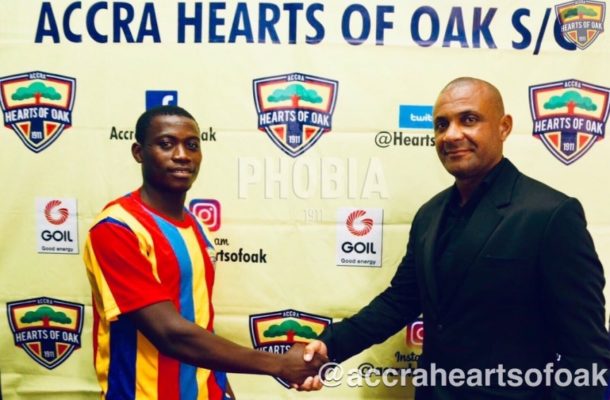 Youngster Michelle Sarpong signed his first professional Contract with Accra Hearts of Oak after being promoted from the Club's junior side Arouras.

The Phobians gave Sarpong, who was the skipper for the under 20 side of the Rainbow family,  a new challenge in his football career  by signing a signing a long-term deal on Thursday afternoon.

"Auroras Captain Michelle Sarpong has signed his first professional contract with Hearts of Oak ." the club official statement on their twitter account.

"The attacking midfielder has signed a long term deal with the senior team."

The youngster got promoted to the club's first team following his sterling performance at Auroras for the past months.