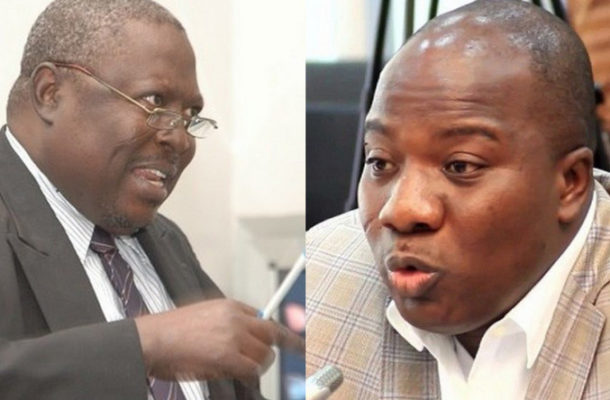 A Member of Parliament (MP) for the Bawku Central constituency, Mahama Ayariga has now seen his ‘smoothness level’ after an Accra High Court, presided over by Justice Afia Serwaa Asare-Botwe, yesterday June 17, 2019, dismissed an application challenging the capacity of Martin Amidu to be the Special Prosecutor.

It means, therefore that, the Bawku Central legislator has failed in his quest to stop Martin Amidu from prosecuting him over allegations of using public office for private gains.

The application was in relation to a criminal case against the MP and six others, including the Municipal Chief Executive (MCE) for Bawku, Hajia Hawa Ninchema, for allegedly engaging in procurement breaches over the purchase of an ambulance.

It was the case of the legislator that Mr Amidu was above 65 years and, therefore, per Article 199 (1) and (4) of the 1992 Constitution, he was not ‘qualified’ to hold the office of Special Prosecutor, which is a public office.

Mr Ayariga, therefore, wanted the court to strike out the charge sheet which gave rise to the criminal proceedings against him on the basis that the charge sheet was “defective” because it had the signature of Mr Amidu, who “had no capacity in law” to append his signature.

However, in a ruling, the court was of the view that making a determination on the capacity of Mr Amidu to hold office would amount to usurping the powers of the Supreme Court, which has the sole jurisdiction to make such a determination.

“This court will not overreach its powers. Mr Martin Amidu is the Special Prosecutor.