B/E: One shot dead over violence in Nkoranza 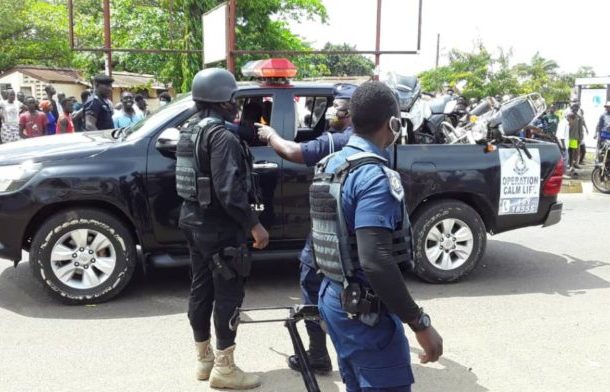 One person has been confirmed dead in a clash between the police and the youth of Nkoranza on Tuesday (17 May) over the alleged killing of Albert Donkor, an armed robbery suspect who died during a police anti-robbery operation.

Five others who sustained injuries during the clash are currently on admission at a medical centre, the police said in a statement.

The youth blocked sections of the main road, burnt car tyres on the streets of Nkoranza and attacked the divisional police headquarters, prompting the police to fire warning shots to restore law and order.

The police said six suspects escaped in the cause of the melee but “strenuous efforts are underway to have them recaptured.”

“Also, as a result of the attack, six persons were injured and sent to the St. Theresa’s Hospital, Nkoranza. According to the hospital authorities, one of them died while receiving treatment and five others are currently on admission and responding to treatment,” a police statement on Wednesday (18 May) said.

Calm has since been restored in Nkoranza in the Bono East Region, the police confirmed.

Below is the police statement in full: