Baba Rahman is now the forgotten man at Chelsea 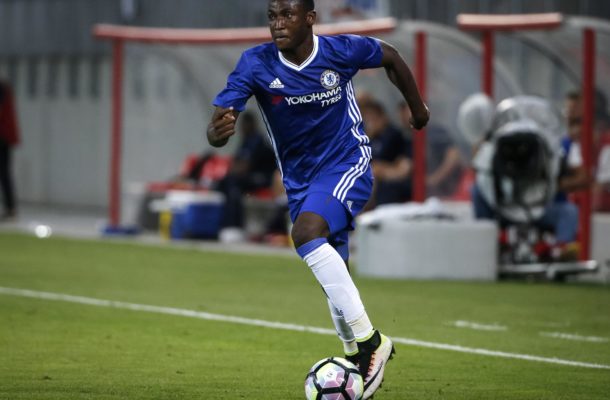 Baba Rahman is an established Ghana international, a player who has proudly represented his country on 28 occasions.

Contracted to one of the biggest clubs in the English Premier League, this is a 26-year-old footballer who should be enjoying the peak years of his career, although appearances can sometimes be deceptive in the world of elite sporting performance.

When they take on Atletico Madrid in the round of 16, Chelsea will undoubtedly be the focus of various Champions League betting markets, as Blues fans weigh up odds for their team against the fearsome Spanish side.

Both clubs have a wealth of continental experience, which means this will undoubtedly be a hotly contested European tie.

Any professional player dreams of being involved in such games, filled with excitement and action against the strongest continental opponents, battling with ambition to lift one of the most famous trophies in world football.

Unfortunately, watching the games unfold on TV is the closest Rahman will get. These days, the once-powerful and tough-tackling full-back is turning out for the Chelsea reserves in Premier League 2, mostly surrounded by youth players.

While plenty of reserve games have helped his return to fitness and boosted confidence, few opportunities await Rahman if he stays at Chelsea. Ben Chilwell, Emerson Palmieri, and Marcos Alonso are all ahead in the pecking order for the left-back slot, with manager Frank Lampard regarding Rahman as surplus to his immediate requirements.

Everything pointed towards a career on the rise for Baba Rahman, after impressive displays with Augsburg in Germany caught the eye of leading scouts, representing many of the biggest clubs in Europe. Quickly making their move, Chelsea splashed out £14 million to secure the services of Raman, confident he would quickly establish himself and continue improving.

However, this talented player now faces an uncertain future at Chelsea, despite being under contract at Stamford Bridge until 2022.

Raman saw plenty of action during his debut 2015-16 season with the London club, albeit in the midst of a tumultuous period when Jose Mourinho was fired, then replaced by Guus Hiddink for the remainder of the campaign.

Since then, Raman has never had the opportunity to prove himself, pushed from pillar to post by subsequent managers, having also suffered numerous injuries along the way.

After being shipped back to Germany twice on loan with Schalke 04, another temporary switch followed in France with Reims. Last season Raman was packed off to RCD Mallorca in Spain, making just three appearances during a spell plagued with knee problems and ongoing treatment.


Seemingly back to full fitness and in competitive shape, Rahman will be eager to put his ability to a truer test than just playing in the Chelsea reserves.

The club appear willing to offer another loan move, with his route to the first team currently blocked. Hopefully, one more loan move will afford this Ghanaian player the chance to reboot his career, either in England or elsewhere.