Bagbin didn’t win elections, leadership conferred it on him – Kyei-Mensah-Bonsu 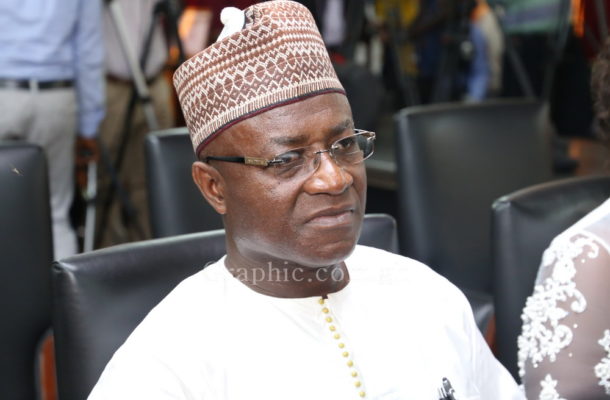 Majority Leader of the 7th Parliament, Osei Kyei-Mensah-Bonsu has brought to bear happenings that culminated in the former MP for Nadowli Kaleo, Alban Bagbin, becoming the Speaker of the 8th Parliament.

Reports are rife that the candidate of the National Democratic Congress caucus beat his contender, Prof. Aaron Mike Oquaye with 138 votes resulting in him getting sworn in as the Speaker of Parliament from 2021 – 2025.

But outlining the details on the night of the dissolution of the 7th Parliament in an exclusive interview with GhanaWeb, the MP for Suame indicated that during the voting exercise to determine who was to be the leader of the House of Legislature, contrary to the reports, both candidates garnered 136 votes.

He further explained that two of the votes were unaccounted for, while one got rejected because both candidates had been tainted.

He noted that after the brouhaha surrounding the ballot sheets involving Member of Parliament for Tema West, Carlos Ahenkorah, he suggested to the leadership for a rerun of the polls to be carried out since it appeared two of the ballots could not be accounted for after they had been retrieved.

That suggestion was, however, shot down by the leadership on the other side of the divide since the House had spent over 8 hours and were short of time before the inauguration of the President-elect later in the day.

He indicated that after three failed attempts to decide on whether there should be a rerun or not the police were invited into the chamber to protect the ballots.

After several deliberations and taking into consideration the actions that marred the exercise, the leadership decided to compromise for the office of the Speaker of Parliament to be conferred on the candidate of the NDC, Alban Sumana Bagbin.

Listen to the full details from the night on the dissolution of the 7th Parliament by former Majority Leader, Osei Kyei-Mensah-Bonsu:
Source: Ghanaweb