Bagbin is a smart guy, he didn’t apologise for his unsavoury comments – Dzirasah 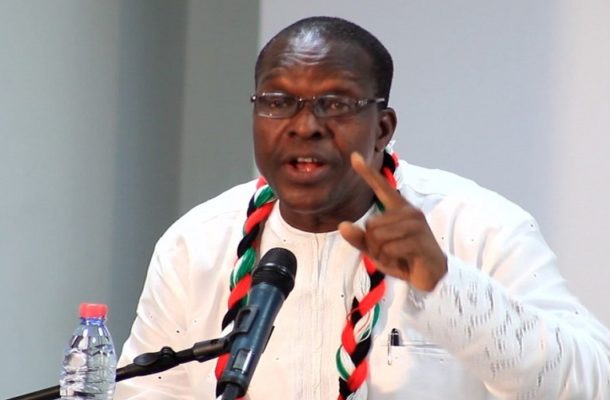 A former second deputy Speaker of Parliament, Ken Dzirasah, has asked Ghanaians to demand from the Nadowli-Kaleo Member of Parliament, Alban Sumana Kingsford Bagbin, a proper apology for the unsavoury comments he made against some former appointees of the Mahama government.

According to the former lawmaker, Mr. Bagbin only apologized for the delay in not responding to the public backlash in time but refused to render unqualified apology to the public for his unsavoury remarks.

“He didn’t apologise. I don’t think that was an apology. He only apologised for delaying in coming out with his reaction to the statement. Is that an apology? It isn’t”, he told Bola Ray on Starr Chat last Wednesday.

Hon. Bagbin, who is aspiring to lead the National Democratic Congress (NDC), in the 2020 elections referred to some appointees of the erstwhile Mahama government, as being unfit for the positions they were made to serve. He cited some disability challenges among others to buttress his claims.

The longest serving legislator under the Fourth Republic made those comments during a tour of the Volta Region to canvass support for his flagbearership bid.

His comments were met with serious condemnation from some well-meaning Ghanaians including the founder of the NDC, former President Jerry John Rawlings.

Later, at his press conference, the flagbearer aspirant admitted his comments amounted to an indiscretion and apologised for his action.

However, commenting on the issue, Mr. Dzirasah said “Bagbin is a smart guy. He has consigned all the things into the dustbin and nobody is commenting on it but the hard truth is that, what he said, is never an apology”.