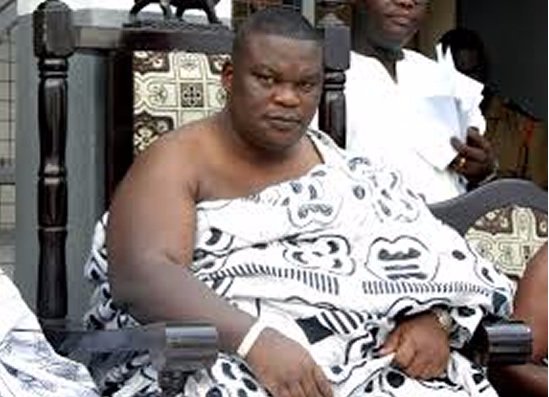 The Ga Traditional Council, yesterday, lifted the ban on drumming and noise making at the forecourt of the Gbese Mantse Blohum, palace of the Gbese Chief in a grand style.

The lifting of the ban marks the end of a 30-day ban on drumming and noise making within the Ga State.

Speaking under the theme, “Peace in Unity, Progress and Development”, the paramount chief of Gbese, Nii Ayi-Bonte II, expressed joy for the success of the annual rites.

He urged the people of the Ga State to embrace peace and unity to facilitate progress and development of the state.

Nii Ayi-Bonte, however, bemoaned the unfortunate incident at Usher Town, a week ago, involving some young men who fought over which chief had the customary right to lift the ban on noise making, claiming one life.

He condemned the actions of the young men and stated emphatically that, such occurrences are never part of his kingship. He indicated that, together with his council of elders and some key stakeholders, he would hold a meeting with both parties of the youth and ensure that peace is retained in the Ga land.

The Paramount Chief pleaded with the government to come to the aid of the people of Gbese. He assured the government of his support in that regard by pledging to renovate the Usher Fort Prisons to ensure discipline among the youth and people of Usher Town.

Member of Parliament for the Odododiodio Constituency, Nii Lante Vanderpuiye, in his address also expressed happiness for the successful completion of the ban period. He commended the leaders of the Ga Traditional Council for upholding the cultural heritage of the Ga land over the years.

He also lamented bitterly over the clash between the two youth factions which claimed the life of a young man. While he condemned the act in clear terms, he pleaded with the people to, “let the death of the young man be a sacrifice for the peace and progress we so much desire in Ga land”.

The lifting of the ban is a traditional rite that paves way for the celebration of the annual Homowo festival of the people of the Ga State. This year’s Homowo festival comes off on August 18.