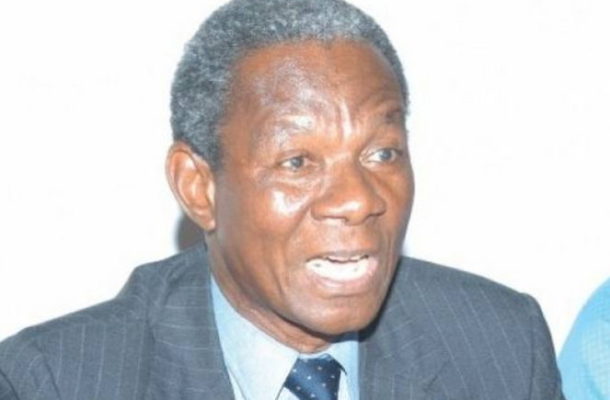 Economist Kwame Pianim has said the banking and financial crises that have caused customers to either lose some or all of their deposits and investments as a result of the Bank of Ghana’s revocation of the licences of nine local banks, 347 microfinance firms, 23 savings & loans and some finance houses, as well as the Securities and Exchange Commission’s halting of gold dealership firm Menzgold Company’s operations and the revocation of the licences of 53 fund managers will conspire against the fortunes of the governing New Patriotic Party (NPP) in the December 2020 polls.

“There were some difficulties in the banks; who caused the problems? The Banking Supervision of the Bank of Ghana, which was complicit and then some individuals who the Bank of Ghana said were fit and proper people to be shareholders in the banks who decided to use their banking licence to steal people’s deposits to finance themselves. What have we done to them? They are on trial? How long has it taken us?” the NPP stalwart asked in an interview on Monday, 20 January 2020.

The government, he said, has “spent a lot of taxpayers’ monies in order to pay for some of these difficulties”, adding: “We’ve been there before”.

“When there were difficulties with the banks”, he explained: “We formed a Non-Performing Assets Recovery Trust”.

“I have friends, decent people who have worked 70 years of their lives for this country, their pensions were put on deposit with some of these so-called distressed banks; they are now being asked to go to the receivers – you have one million, two million cedis that you were using the interest to finance yourself – they say go and collect GHS20,000, GHS10,000. They [customers] have done nothing wrong. My suggestion was that: ‘Pay them’. Let the Bank of Ghana – even if it has to print money – because this is not inflationary, it’s earned money; my earned money in the bank. So, you give me the deposit and the new bank is there, I can take it.

“So, if we set up a Distressed Banks Assets Recovery Trust, then the Ghanaians would know that the monies we are paying to them, we are going to sell the assets of these people who stole their fixed deposits to repay and deduct from the taxpayer”, he told Accra-based Citi FM’s Umaru Sanda Amadu in an interview.

With the Menzgold matter, he said: “The man says he has assets in Dubai, if we set up a Menzgold Asset Recovery Trust, they’ll get hold of him, monies in Dubai, wherever he has them, retrieve them and pay these people. Why are we allowing Ghanaians to suffer?”

In his view, the prosecution, in an election year, of some of the founders of the nine banks that collapsed, would be viewed through political licences.

“… This is a year of politics, people will say it’s political”.