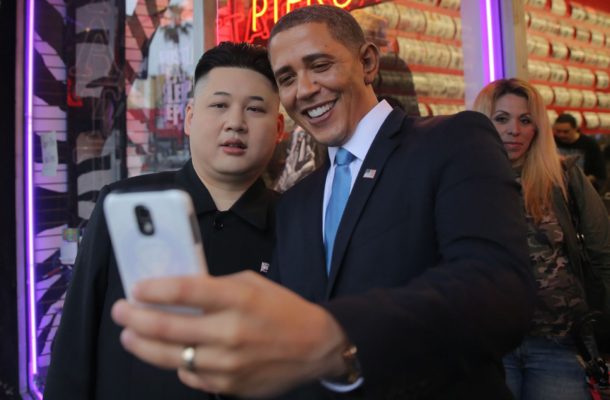 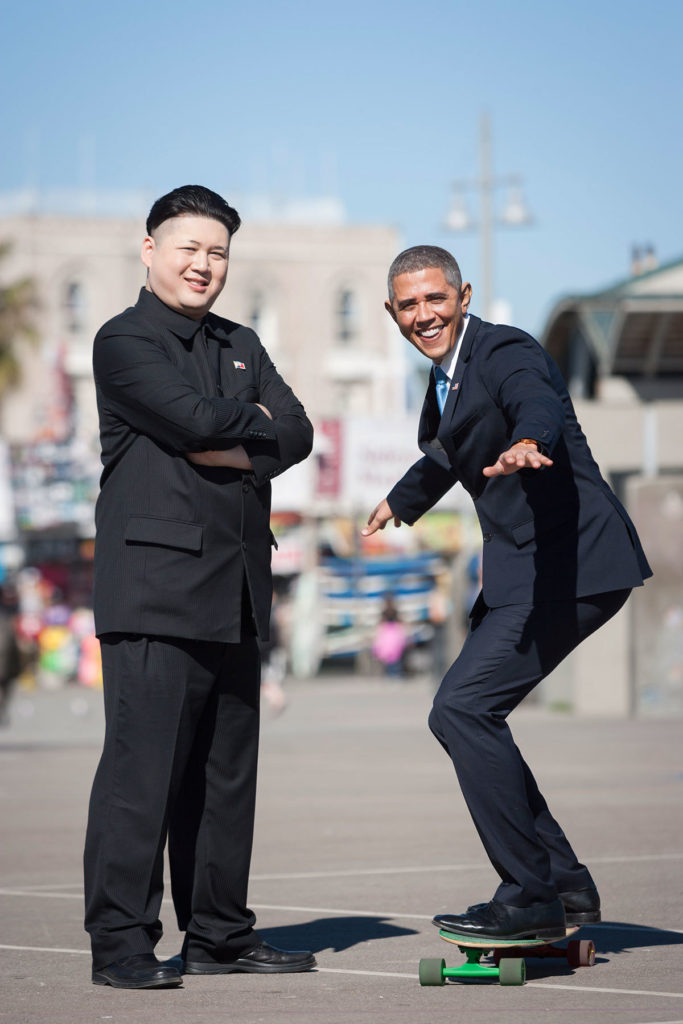 We may never see the president of the United States, Barack Obama and the President of North Korea, Kim Jong-Un as happy together in this lifetime as their look-alikes 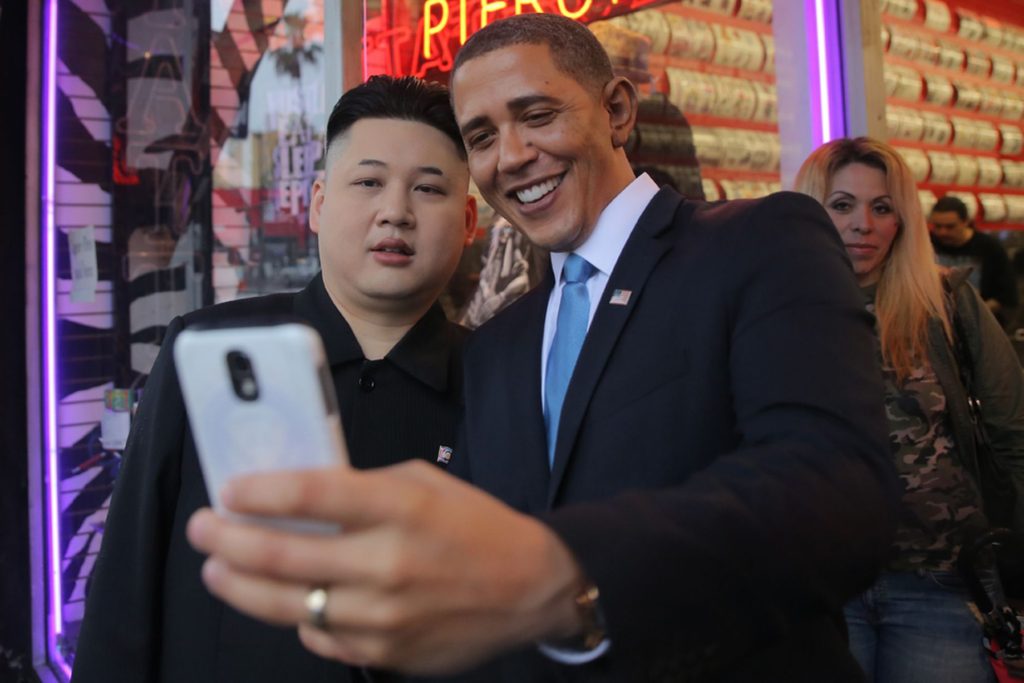 in the pictures above but admittedly is quiet the sight.

Relationship between the two countries may not be the best right now as Obama imposed sanctions on North Korea’s leader, Kim Jong-Un, personally, blacklisting the unpredictable ruler and top officials in his reclusive government for human rights abuses as he aggressively presses forward with his nuclear and ballistic missile programs.

The look-alikes whose pictures together have gone viral on the internet certainly look like they don’t mind and are enjoying every minute of  internet fame.