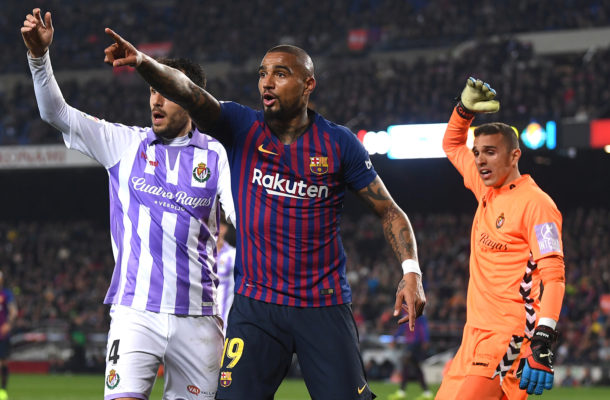 Barca assistant coach Jon Aspiazu has explained the reason behind Kevin-Prince Boateng’s inclusion in the starting XI in the 1-0 win over Real Valladolid on matchday 24 in La Liga.

The Ghanaian international was picked ahead of Luiz Suarez who later replaced him on the hour mark.

According to Ernesto Valverde’s right hand man the rotation was necessary due to packed fixtures this month, “we came from two draws and we had to win against a difficult opponent. we had to have more energy in the face of what is coming now"

"Luis Suarez has played many minutes, it is good to give him rest and we think Boateng can help us a lot."

In the same way, he commented that " Aleñá thrives on one against one in the center of the field, like Dembélé up, we have Leo also and a finisher like Boateng "

Lionel Messi’s 43rd minute penalty was enough to give the blaugranes all three points as they retain their healthy advantage at the top of the table.