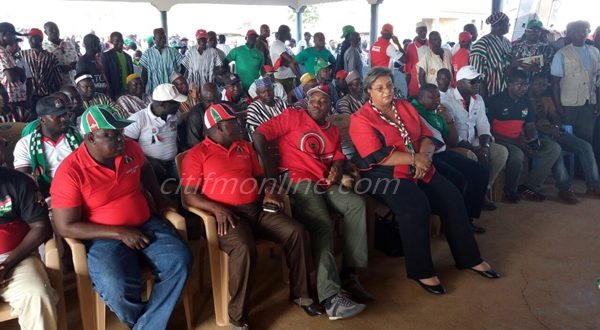 Thousands of National Democratic Congress supporters (NDC) in the Bawku Central constituency poured out for the campaign launch of Mahama Ayariga. Present to support Mahama Ayariga’s bid for a third term as MP was the the Minister of Foreign Affairs, Hanna Tetteh. Mahama Ayariga was first elected into Parliament in 2004 when he beat the late Hawa Yakubu who stood on the ticket of New Patriotic Party. He however lost to the NPP’s Adamu Daramani in 2008 but recaptured the seat in 2012 after a fiercely contested election.