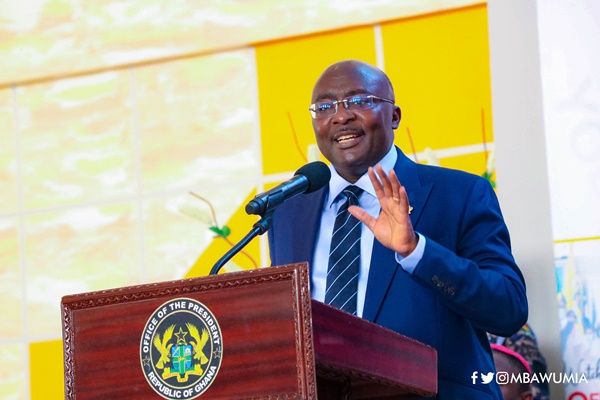 In Boniface Gambilla’s estimation, Dr Bawumia is more than ready to be the next leader of the NPP if chosen to be the party’s flagbearer.

He made his views known in an interview praising the Vice President over his stunning performance during the 2012 election petition.

The 10th anniversary of the petition came up recently and Bawumia received massive praise for his performance.

“The man who stood in the dock in the 2012 election petition, exposed the electoral commission and the rigging machinery of the NDC, made the court to make recommendations for improving the electoral system. He is a well known economist to the World Bank and IMF. They pick him, take information from him before he became Vice President. He is overqualified [to be president]. That doesn’t mean we don’t have other people,” he said.

Despite his complimentary words, Boniface refused to endorse Bawumia for President when asked about his choice in the flagbearer race in order not to flout the party’s rules.

“When the time is due, you can ask me. When they [NPP] lift the ban you ask me again, Mark it down and I’ll tell you whether I support him or not,” he said.

Dr Mahamudu Bawumia is one of the frontrunners for NPP flagbearer once President Akufo-Addo steps down following his second term.

Trade and Industry Minister, Alan Kyeremanten, is expected to be his primary rival, with other senior party figures also expected to contest.