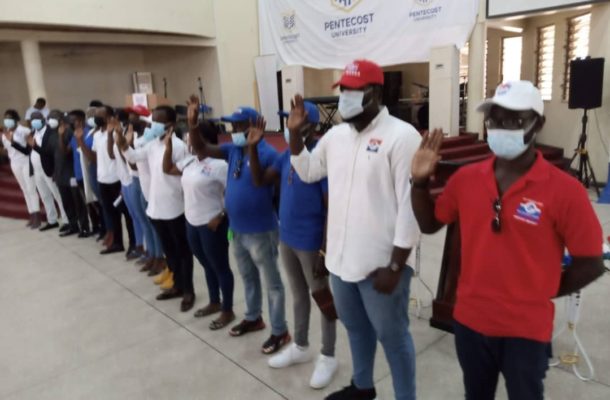 Director of Operations at the Office of the Vice President, Salem Mustapha, has entreated the Pentecost University Tescon members to be active in politics by playing the roles expected of them.

Addressing the gathering at a Handing-Over Ceremony over the weekends at the school premises, Selem Mustapha revealed that back in the year 2007/2008, they didn’t know anything about politics. According to him, it was virtually passion. However, he said least did they know that they were starting something very commendable and strong. 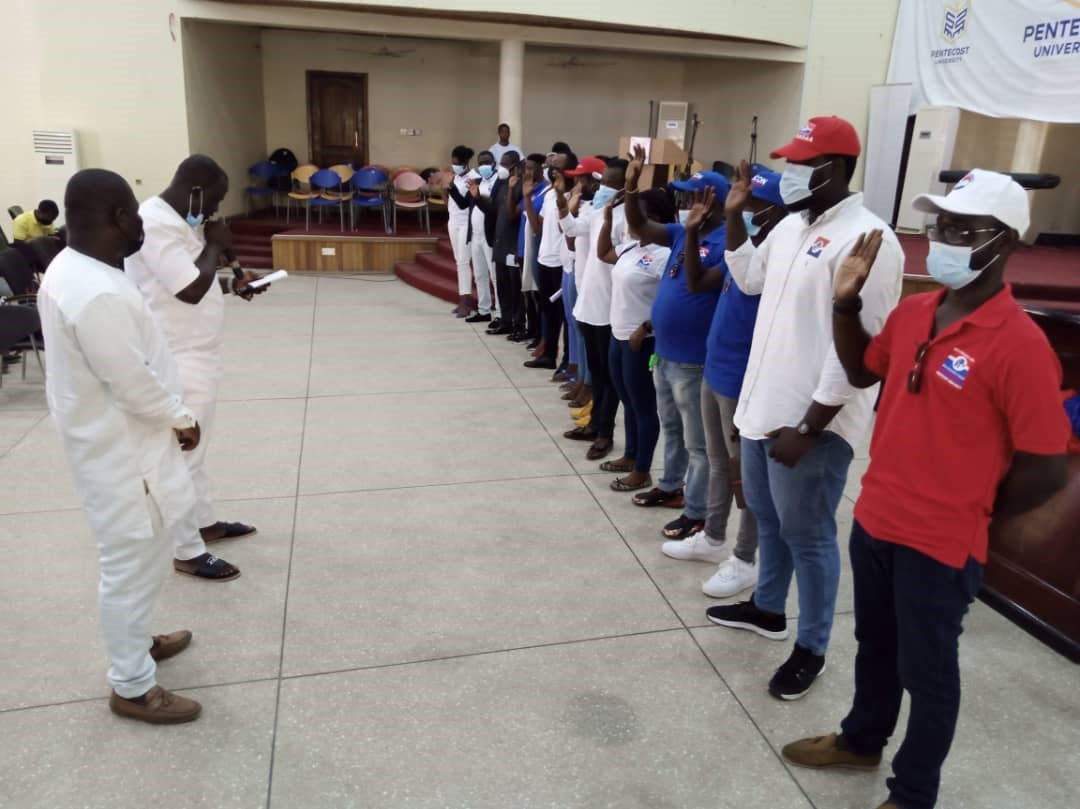 Citing himself as an example, he disclosed getting the opportunity to travel outside the country through his loyalty and commitment to the NPP.

He, therefore, encouraged Tescon to rekindle their interest in politics since that could take them to places.

Selem Mustapha advised the new executives not to underestimate the opportunity given to them.

“Don’t underestimate this, don’t take it for granted. Politics is not an easy thing, it will mash, beat, squash, squeeze but at the end of the day, it will lift you so don’t sit and think that you have to see the national youth organizer before you will begin to act like as an executive or Tescon member of the NPP” he said. 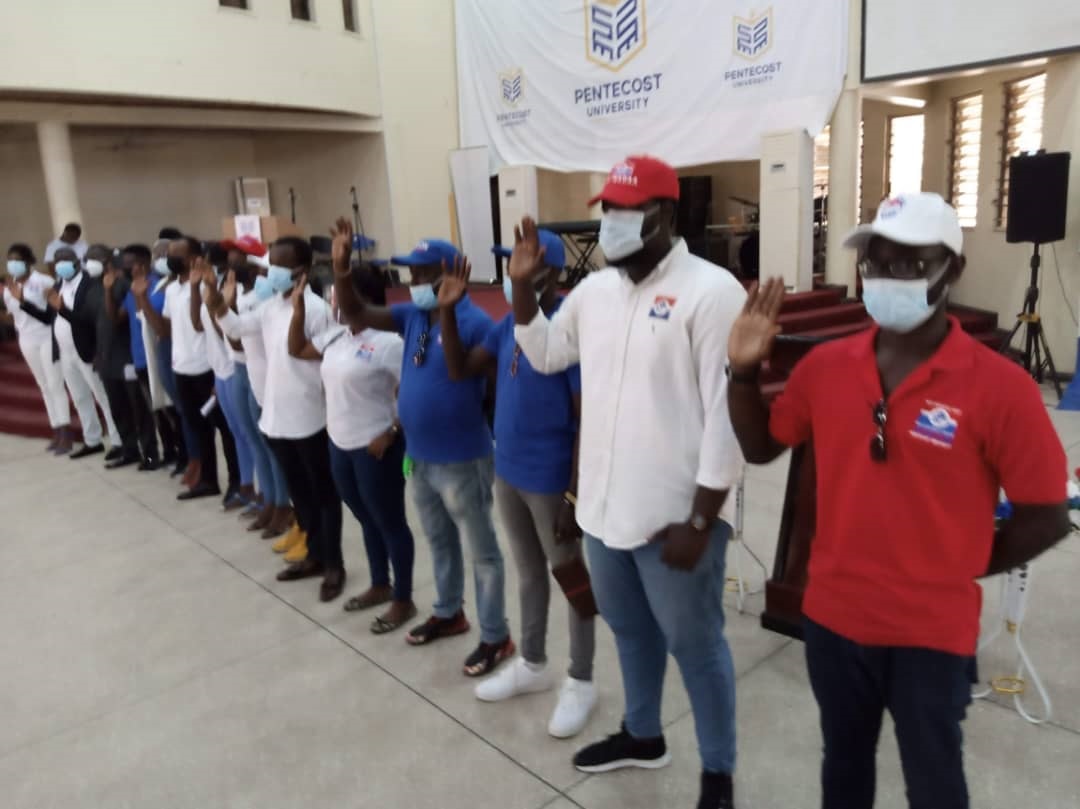 He continued that, “It’s not about that, it’s about you, some people have gotten to where they are because they have served the party, what will you be remembered for that should be your sole responsibility”

On his part, Moses Abor, Greater Accra NPP Youth Organizer, declared his support for the new executives and promised to work with the leadership of Tescon in making sure they are placed at their preferred institutions for thier National Service.

Selem said that he expecting to see some of the Tescon members rising in the future to become ministers and others in the country and is optimistic they will be there.

“Tescon, I will plead with you, let’s work together, let bring unity among us and the new leadership, I will urge you to work hand in hand with the Tescon members you matter how it is, whatever they bring before you, listen to them even if you cannot do find a sweet word for them and I know by the grace of God they will listen and accept it in good faith”

He entreated the new executives to have data of their members in the bid to empower them by getting a good place to work and help the NPP in the 2024 elections.

He added that “Let me advise you, had work pays so please from today we are going to work hand in hand and whenever there are difficulties don’t hesitate to contact some of us for assistance”

He promises to support them whenever he is being called upon by the new executives.

Nana Yaw Osene-Akwah, the new Tescon pleaded with the authorities to always come to their aid whenever they called upon them.

“We the Executives are going to work hard to make sure that Pentecost Tescon becomes the house of Tescon whenever they mention Tescon in the country, he said.”