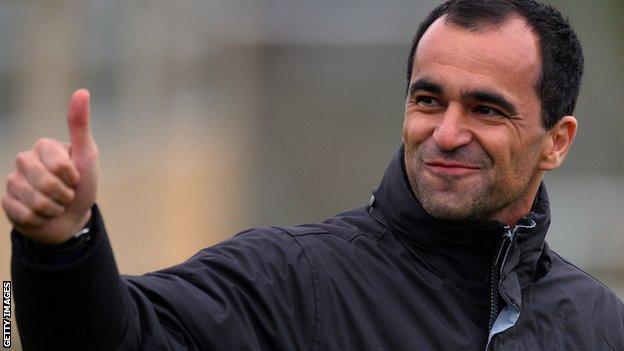 Former Everton, Wigan and Swansea manager Roberto Martinez has been appointed as the new head coach of Belgium.

Spaniard Martinez, 43, was sacked by the Toffees in May after three years in charge at Goodison Park.

He succeeds Marc Wilmots, who left his post last month, two weeks after the Euro 2016 quarter-final defeat by Wales.

The vacancy was advertised online by the Belgian Football Association.

It wanted a "strong and open communicator" who has a "proven track record in transmitting tactical and strategic knowledge" to top players.

In a statement, the Belgian FA said it was "delighted and proud to have found a coach at this level so quickly".

Martinez will hold a news conference at 11:30 BST on Thursday and his first match is against Spain on 1 September.