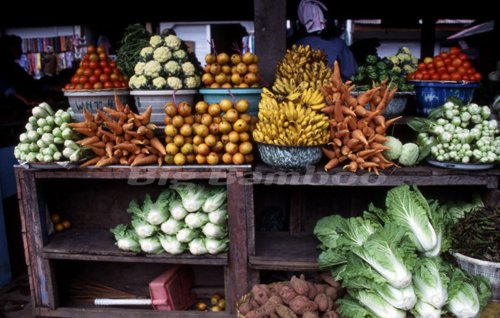 The Storekeeper of Benso Senior High Technical School in the Western Region has been arrested by the police  for allegedly stealing assorted foodstuffs belonging to the school.

Correspondent Ina- Thalia Quansah  gathered that the storekeeper, James Kuziazi also called 'King James' was arrested by some youth in the area when he, together with some other alleged accomplices were transporting the foodstuff purportedly stolen from the school.

Information gathered by Joy News Western Regional correspondent Ina-Thalia Quansah indicates that the incident occurred on Saturday at about 6:30pm.

The suspect is in police grips pending further investigations.

Confirming the story,  the Assembly member for the area, Ebenezer Tetteh mentioned that the headmistress of the institution was not in the school when the incident occurred.

He noted that on that fateful day, he was at a programme when he had a call from some of the youth in the area that they had seen some people loading a truck parked in front of the school with some food items from the school.

"So I asked the youth to monitor the situation and that I was on my way to the school", he added

He indicated that when he arrived he saw a KIA Bongo truck parked in front of the school as some stoutly built men carried assorted food items provided to the school by government, including rice, oil, sugar, into the truck.

"So I called the headmistress of the school to enquire whether she was aware of what was happening", he added.

According to the Assembly man, the headmistress denied knowledge and  asked him to arrest the driver. She explained she was on her way to meet with the Minister of Education on some issues at Winneba.

He noted that he quickly confronted the driver who mentioned that it was the storekeeper who allegedly asked them to take the food items away.

"We quickly informed the police and the store keeper was subsequently arrested. The headmistress returned on Sunday and had given her statement to the police", he pointed out.