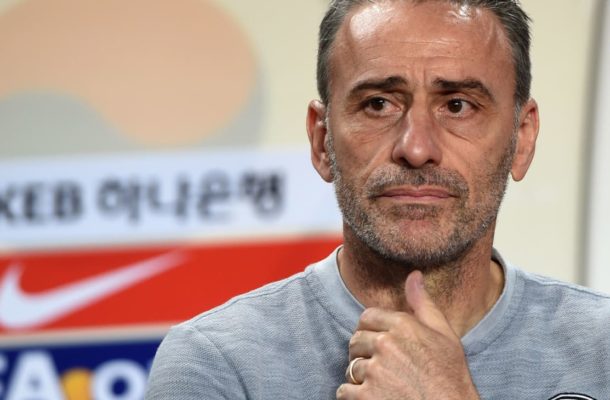 
Two-time champions Korea Republic, seeking to end their wait since 1960, are in Group C with China, Kyrgyz Republic and the Philippines at the 24-team Continental showpiece on January 5-February 1.

Bento has been undefeated with Korea Republic since he took the helm in August, collecting three wins and three draws. Players who showed impressive performances in that unbeaten streak mostly made the roster.


Korea Republic's squad is headlined by Tottenham Hotspur star Son Heung-min, although the 26-year-old attacker will not be available for the first two matches at the AFC Asian Cup due to an agreement between his English Premier League (EPL) club and the Korea Football Association (KFA).

The two sides agreed not to play Son early in the tournament in exchange for the player's release for the 2018 Asian Games Indonesia, where Korea Republic won the gold medal.

Other core players on the roster include Newcastle United man Ki Sung-yueng, who has been the team's key orchestrator in midfield. He is the most experienced player in the squad, with 108 caps, followed by VfL Bochum midfielder Lee Chung-yong, who has made 81 appearances for Korea Republic.

Gamba Osaka striker Hwang Ui-jo, the top scorer at the 2018 Asian Games and the 2018 KFA Player of the Year, also made the list. In the last six matches under Bento, Hwang leads the national team with three goals. He is one of two strikers, along with Ji Dong-won of FC Augsburg.

Ji played in Korea's Republic's friendly matches against Costa Rica and Chile in September but has been out of action since due to injury. But Bento said he was impressed by the former Sunderland and Borussia Dortmund man.

"I know Ji only played for us in our first two matches, but he had good performances," Bento said. "He is a player who has adjusted very well to our style of play."

Bento said six Europe-based players will join the squad in Abu Dhabi on December 26, excluding Son. The rest will depart for the UAE on Saturday.
Korea Republic Squad