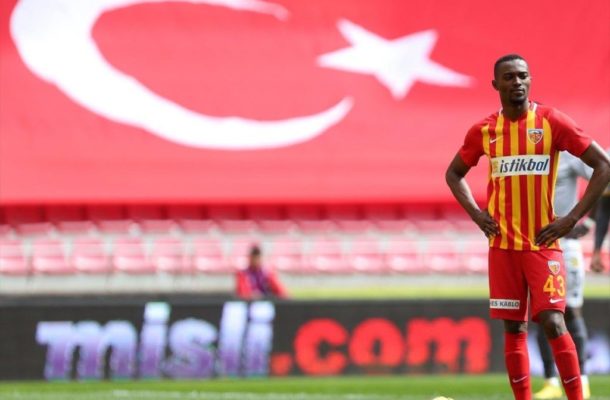 Kayserispor midfielder Bernard Mensah has expressed "sorry" for failing to convert a penalty in their match against Yeni Malatyaspor.

Kayserispor won by 2-1 in the Turkish Super Lig last Sunday, a day the 25-year-old had squared it off on the field against compatriot Afriyie Aquah.

“It would be very different if I turned the penalty into a goal," he said.

"I'm sorry I couldn't kick the penalty. But the important thing was that we were victorious," the Ghana international said after the game.

The game was played behind closed doors as a precautionary measure against the deadly coronavirus.

But Yeni Malatyaspor came in strong in the second half to grab a consolation in through Viðar Örn Kjartansso, a development Mensah believe his side must guide against in subsequent matches.

"We were effective in the first half. We took control of the game," said Mensah. "We dropped from the game in the second half. We need to handle this.

"We made simple rust mistakes in the second half. But ultimately we won. We need to increase the wins to reach the goal. We will continue to fight in the remaining matches and we will collect points in order to stay in the cluster,' he concluded.