Biggest Mobile Money Markets in Africa- Where Does Ghana Rank? 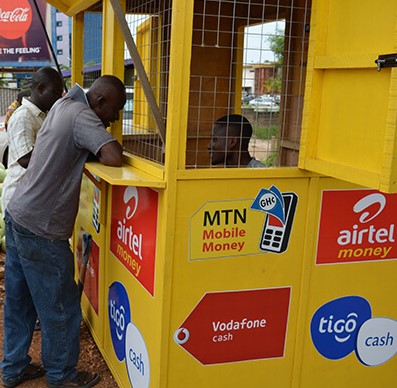 Ghana has experienced a surge in mobile money transactions in the last decade, but is the Ghanaian mobile money market the biggest in Africa?

Perhaps due to the relatively larger unbanked population in the continent, Africa has really embraced mobile money, with a 2020 study showing that there were up to 548 million registered mobile money accounts in sub-Saharan Africa, with 159 million active monthly users.

The study, done by the Global Systems for Mobile Communications Association (GSMA), reported that the registered accounts were spread across 157 providers.

By comparison, North Africa, Europe and Central Asia had a combined seven million active accounts in the same period.

The amount of money exchanged via mobile money in Africa was valued at 490 billion US dollars, completely eclipsing the 15 billion dollars recorded in North Africa, Europe and central Asia combined.

With over half of the world's mobile money users based in Africa, it is safe to conclude that the continent is the hub of mobile money.

Up to 40 African countries now have some form of mobile money service, with Kenya and Ghana leading the way.

According to the World Bank, Ghana has the fastest-growing mobile money market in the world, with MTN, Vodafone and Airtel Tigo dominating the mobile money space.

Ghana may be the fastest-growing, but it isn't quite the largest, with that honour going to Kenya.

Kenya and Ghana are said to have the second and third mobile money payment usage rates in the world, based on a study conducted by American research firm, Boston Consulting Group, with China owning the top position.

Mobile payment transactions in Kenya were found to be the equivalent of 87% of the GDP, and 82% in Ghana.

As of September 2021, Kenya had 67.7 million registered mobile money accounts, more than double the Ghanaian number.

Majority of the mobile money users in Kenya are on the M-Pesa platform, which reached 48 million subscribers in Kenya in 2021. Owned by tech giants, Safaricom, the company's revenue from M-Pesa also for FY 2021 was 765.12 million dollars.

Another pointer to the huge popularity of M-Pesa is the online betting figures in Kenya. Kenyans spent an incredible 83.2 billion shillings via M-Pesa alone to place bets in the six-month period between April and September 2021.

Ghana's answer to M-Pesa is MTN Ghana, by far the biggest mobile money service in the country.

Just like M-Pesa, MTN also generates stupendous sums via online betting, with top betting companies like 1xBet having the payment option on their platforms.

The service has become part and parcel of the Ghanaian community, with many people now able to make all sorts of payments from their mobile phones.

This has significantly fostered financial inclusion in Ghana, bridging the gap between the banked and unbanked population.

Ghana will have to concede the top spot in the mobile money leaderboard in Africa to Kenya, but the country can at least make do with being the fastest growing market in the continent.

Maybe someday, Ghana can overtake Kenya and become No. 1 in Africa.