Video : Watch Black Eyed Peas' New Heartwarming Video for ‘Where is the Love?’ feat. The World 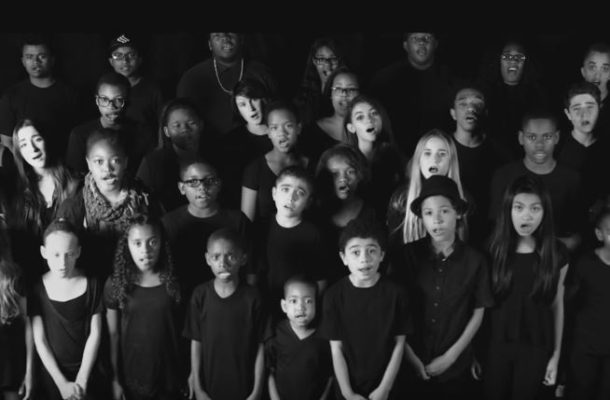 Black Eyed Peas announced last week that, they were set to make a remix of their hit song, Where is the Love after 13 years.

The intention of the project was announced by the group's leader, Will. i. am, via his Instagram page.

The audio to the remix of the song was released last week and it featured some of the top artistes in the game including, Usher, Mary J. Blige, Diddy, Jamie Foxx, Nicole Scherzinger, The Game, Jessie J, Andra Day, Tori Kelly, Ty Dolla $ign, DJ Khaled, A$AP Rocky, and Jaden Smith still asking the same powerful question, Where is the Love?.

They appear in between a range of other artists who’ve contributed to the topically current track and its accompanying video.