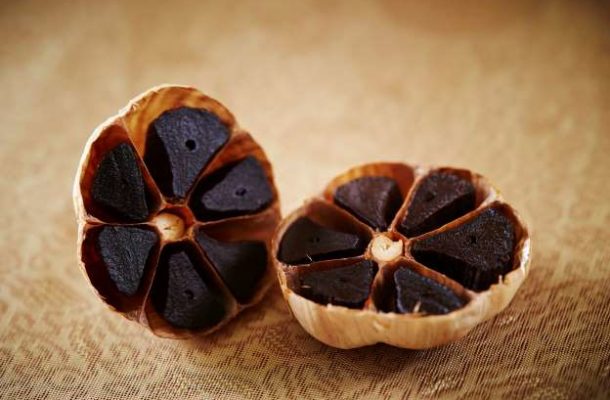 Black garlic may appear like something you must get rid of from your kitchen.

But in some countries it is actually useful and is even used by high end restaurants to improve the taste of their food.

It comes from regular garlic exposed to temperatures between 140 to 170 degrees Fahrenheit for a period of three to four weeks. The process makes garlic age faster, leading to its dark color.

Black garlic has been widely used in savory and sweet dishes. Some chefs also add this unique ingredient to meat and desserts for extra flavor.

Japan, South Korea and Thailand are among the countries that have long used black garlic for cooking. But it has been getting attention across Asia and in the U.S. over the past years.

The health benefits of black garlic appear similar to those of raw ones. But the aged garlic contain higher amounts of antioxidants and gives a different taste and aroma.

Black garlic is also a good source of calories, protein, fiber, iron, vitamin C and calcium, according to DrAxe.com. Another good thing is that you can easily add it to you daily meals, from meats, sauces to dips.

Antioxidants are known for reducing harmful free radicals in the body. A study showed that black garlic has higher amounts of antioxidants and biological activity than regular garlic.

Antioxidants can help reduce inflammation and prevent the development of cancer and diabetes, among other health problems.

Diets that include black garlic have been linked to balance blood sugar levels. Researchers previously found that the high amounts of antioxidants in the ingredient could prevent diabetes complications.

Garlic has long been known for its properties that help protect the heart. Black garlic also offers cardioprotective effects and is equally effective in reducing damage in the heart, according to a 2018 study.

Black garlic can also reduce cholesterol and triglycerides in the body that if left uncontrolled may lead to increased risk of heart disease.

You may fight cancer with black garlic. That is according to numerous studies that analyzed the link between aged garlic and the disease.

Researchers found that consumption of black garlic extract could reduce growth of colon cancer cells and leukemia cells. The studies associated the cancer-fighting effects of the ingredient with its antioxidant compounds.

Aside from protecting the heart and preventing cancer, the health benefits of black garlic may also help you maintain good memory. Its antioxidants can reduce inflammation in the brain and help block cognitive conditions such as dementia, Alzheimer’s disease and Parkinson’s disease.