Black Satellites to arrive from Niger on Tuesday 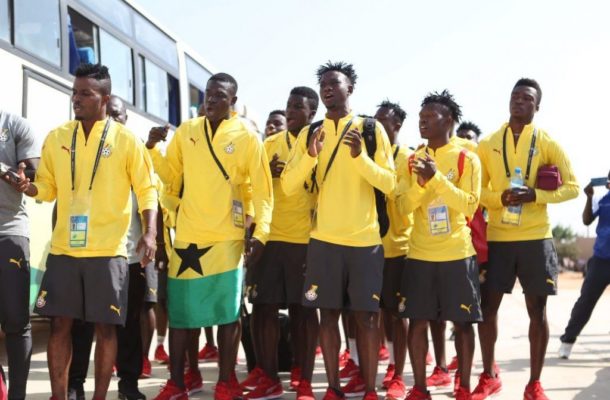 Ghana's U20 team, the Black Satellites will be arriving on Tuesday, 12 February, 2019 from Niger.

The team exited their hotel base on Sunday as stipulated by the CAF rules and have lodged at a new hotel where they have been waiting for their departure.

Ghanasoccernet.com understands that the team was expected to arrive today (Monday) but there have been difficulties in getting a flight to Accra.

The Black Satellites failed to qualify to this year's U-20 FIFA World Cup to be staged in Poland in May.

Ghana were pipped 1-0 by Mali on Saturday at the Stade General S.K. The one-time world champions just needed a draw to progress to the semi-finals of the competition.